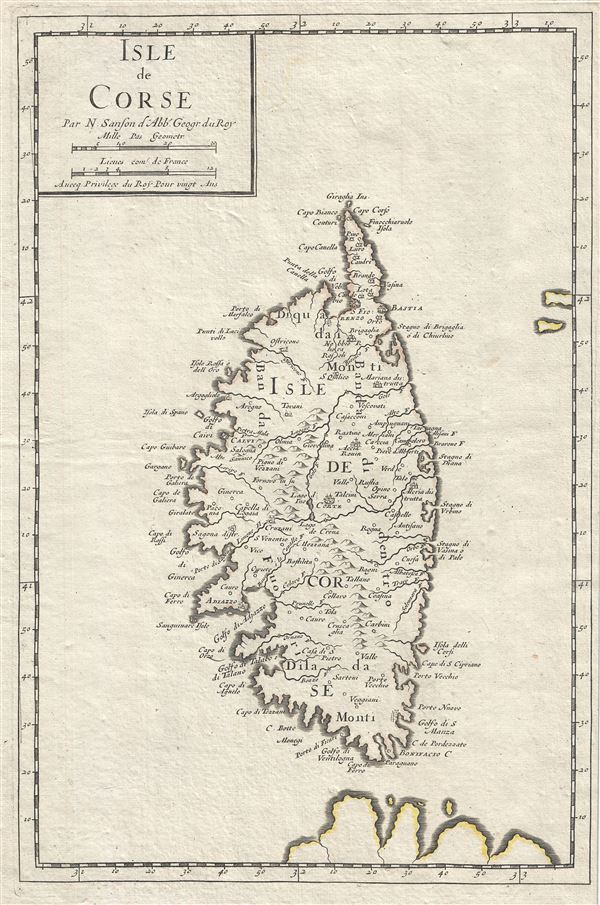 A beautiful map of the Island of Corsica, France by Nicholas Sanson dating to 1658. Covers the entire island in extraordinary detail offering both topographical and political information with mountains beautifully rendered in profile. With its unique blend of dramatic mountains and stunning pristine beaches, Corsica is considered to be one of the world's most beautiful places.

At the time this map was made, Corsica was part of the declining Republic of Genoa. The region was also a hotbed of piracy - much like the Somali coast today. The Barbary Pirates disrupted trade in this region from the Crusades to the early 19th century. They would attack trading ships passing through the narrow Gibraltar straits and western Mediterranean. Ships would be destroyed or appropriated, cargo sized, and the crews and passengers enslaved. Many of the Genoese towers built to fight the pirates still stand today.