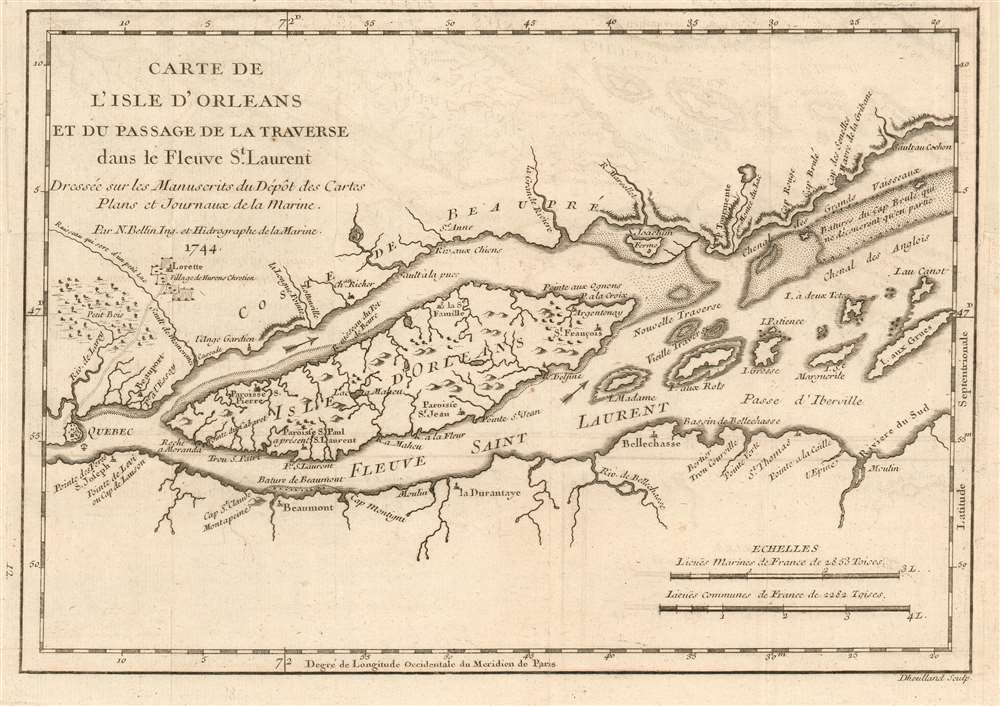 An Attractively Engraved Map of the 'Île-d'Orléans

This is a beautiful example of Bellin's scarce 1744 map of the Île d'Orléans in the Saint Lawrence River. The map covers from Quebec City downstream to the Batures de Cap Brule.