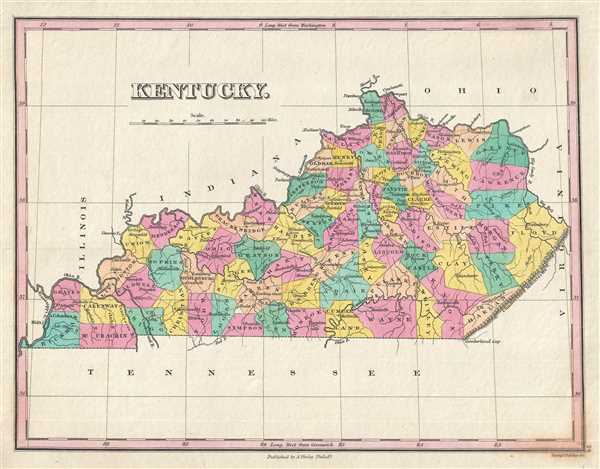 This is an 1828 Anthony Finley map of Kentucky. The map depicts the state and the region from Illinois, Indiana, and Ohio to Tennessee and from Illinois to Virginia in Finley's classic minimalist style. Rivers, roads, canals, and some topographical features are illustrated. The Ohio and Mississippi Rivers are prominently featured, as they create the northern and western borders of Kentucky, respectively. Numerous cities and towns are labeled, including Frankfort and Lexington. Color coding at the county level allows for easy differentiation between counties and each county is labeled.