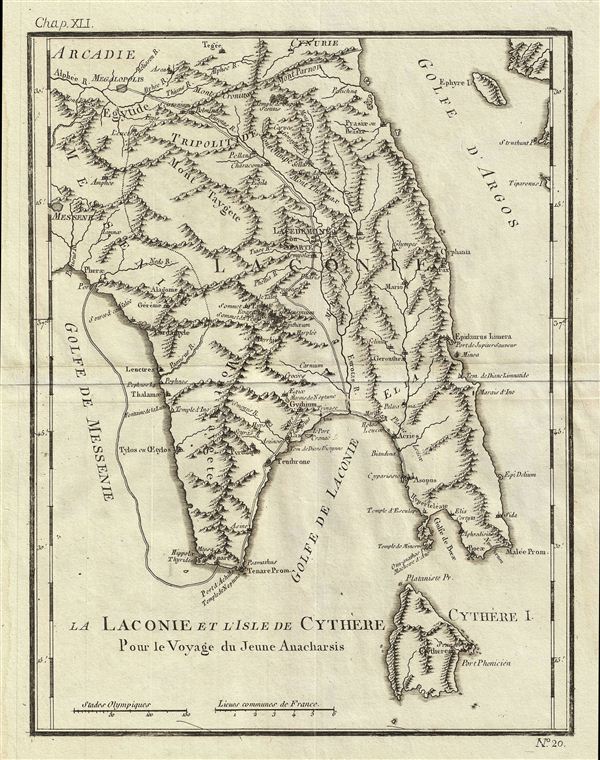 This is a fascinating 1791 map of the regions of Laconia and the island of Cythera in Ancient Greece. Based on an earlier map by D'Anville, this chart covers the ancient regions from the Gulf of Messinia to the Gulf of Argos and includes the island of Cythera. The map also identifies the city of Megalopolis in Arcadia. In Greek Mythology, Cythera or Kythira is known to be the birthplace of the goddess Aphrodite. Prepared by M. Barbie de Bocage in 1791 to illustrate the Travels of Anacharsis.