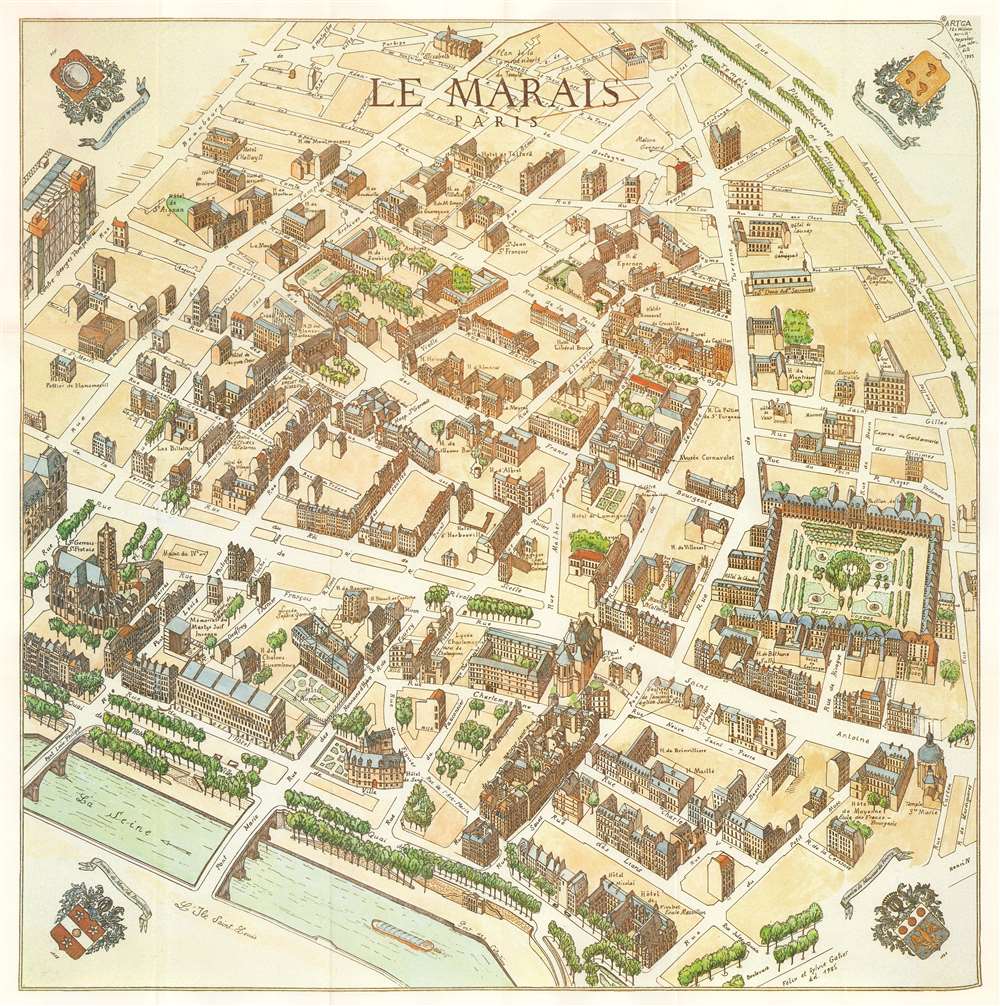 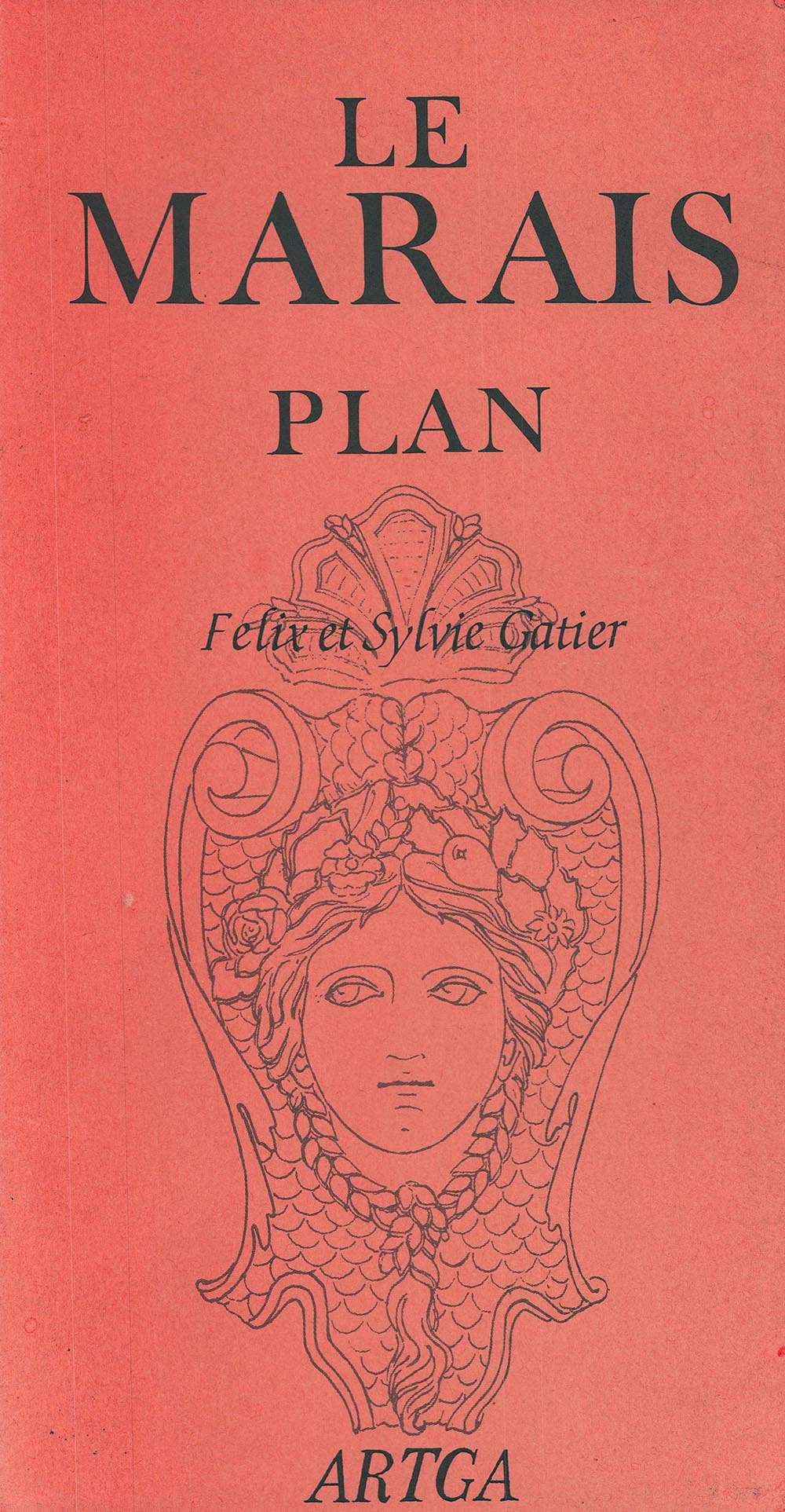 Visit the Centre Pompidou and the Musée Carnavalet in this popular Parisian district.
$500.00

This is a full color 1985 Félix and Sylvie Gatier pictorial map of the Marais District (Le Marais), Paris, France. The map depicts from the Rue Beaubourg and the Centre Pompidou to the Place des Vosges, and from the intersection of the Boulevard du Temple and the Rue Charlot to the Seine River. Buildings are illustrated in profile and labeled, including banks, churches, and private homes. Other specifically identified places include the Centre Pompidou, the Place des Vosges, the Mémorial du Martyr Juif Inconnu (today's Mémorial de la Shoah), the Musée Carnavalet, the Archives Nationales, and the Église Saint-Gervais. Numerous hôtel particuliers, urban mansions built by Paris's nobility in the 1600s, are labeled as well.

Le Marais, which translates to 'the marsh', is a historic district near the center of Paris on the Right Bank. In the 13th century, the Order of the Temple built a fortified church in the area - then just outside the city walls. As the district became fashionable, other religious institutions, including convents, were established. The brother of King Louis IX built his official residence here in the mid-13th century, and King Charles V built a mansion in 1361. Henri IV built the Place Royale (Place des Vosges) in 1605 and the nobility followed. This led to the construction of the Marais' famous urban mansions (hôtel particuliers, many of which are labeled here). After the French Revolution, the Marais fell into disrepair.

Over time, Le Marais evolved into a popular commercial district. It also attracted a large Jewish community, which was decimated by the Nazis during World War II. The Marais became a focus of restoration and rehabilitation in the 1960s, and the renovated hôtel particuliers became host to museums, including the Picasso Museum, the Musée Carnavalet, and the Musée d'Art et d'Histoire du Judaïsme. Today, the Marais has once again turned fashionable, with art galleries, trendy restaurants, and fashion houses.

This map was drawn by Félix and Sylvie Gatier and published by ARTGA in 1985. At least three editions of this map were published, both of which are dated 1964. The first edition lacks the illustration of the Centre Pompidou, while the second edition includes a depiction of this world-famous museum. Both the 1964 and 1979 editions were published in black and while, while the present 1989 edition was published in color. We note three cataloged examples of the present edition in OCLC, at the Bibliothèque Nationale de France, the University of Oxford, and the Bibliothek der Universität der Künste in Berlin, Germany.

Félix Gatier (February 28, 1916 - January 5, 2017) was a French architect. The son of the painter Pierre Gatier (1878 - 1944) and his wife, Gatier earned his diploma on November 13, 1945. He served as an architecte-voyer of Paris from 1962 through 1964. He renovated the l’îlot des jardins Saint-Paul in the fourth arrondissement of Paris from 1970 until 1987. This also resulted in the birth of the Village Saint-Paul, a popular neighborhood in the Marais. Over the course of his career he published numerous works, among which were numerous works on the Marais and even a few maps of the Marais District. During World War II, Gatier was part of the French resistance during World War II and as a chevalier of the Legion of Honor and had been awarded the Croix de Guerre 1939 - 1945. Learn More...