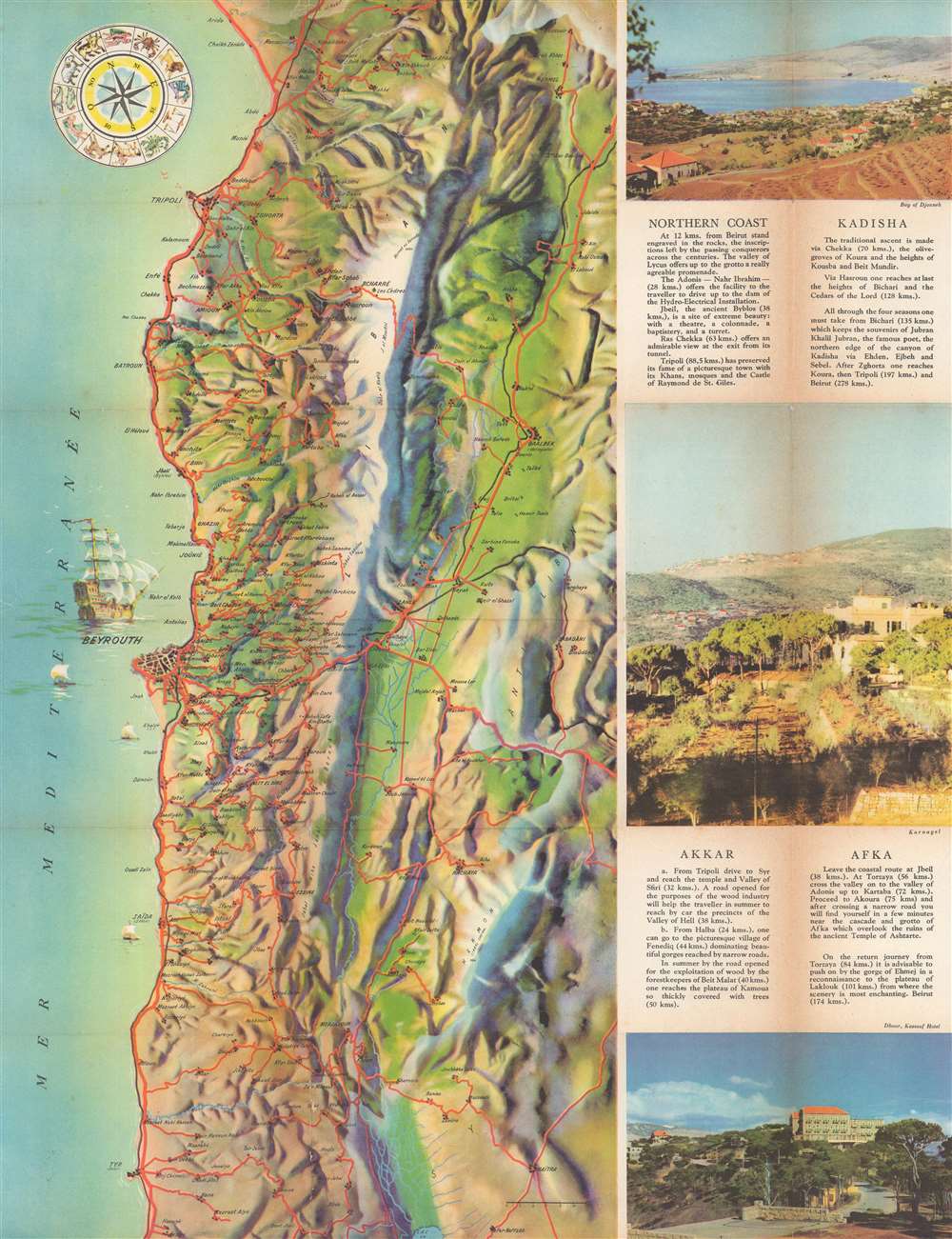 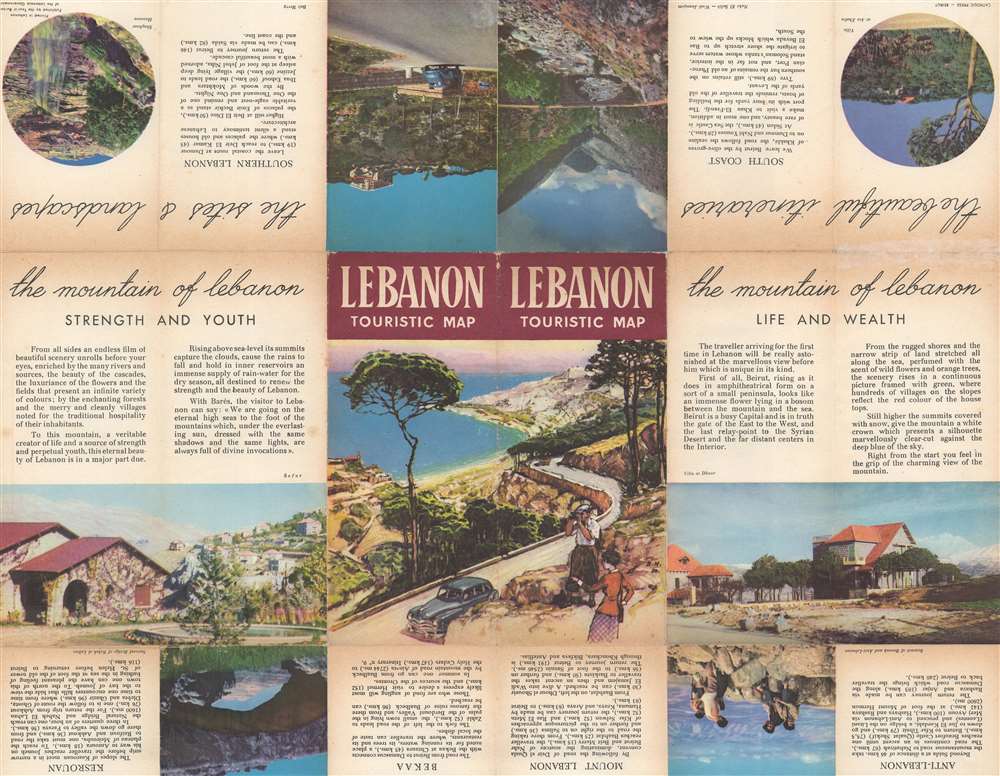 This is a very scarce c. 1950 tourist guide and map of Lebanon evoking a halcyon era before the outbreak of the Lebanese Civil War of 1958 and the subsequent Lebanese Civil War (1975 - 1990). The color-printed folding brochure is filled with scenic photographs of the country, with the interior dominated by an attractive pictorial map. Although the map is not dated, the cover (depicting a stylish, European trekking couple enjoying a vista overlooking a winding coastal road) bears the signature 'B.N. 50.,' suggesting a terminus post quem of 1950.

Color and shading indicate topography and agricultural viability, evoking Lebanon's mountain ranges and the key agricultural area of the Beqaa Valley. A lovely compass rose embellished with the Zodiac adorns the upper left and old-fashioned sailing ships are depicted off the coast. Orange lines trace Lebanon's road network. The black line along the coast highlights a Lebanese railway, while other inland routes follow the tracks of the Beirut-Damascus and the Rayak-Homs lines.

The map was printed by the Catholic Press on behalf of the Tourist Bureau of the Lebanese Government. No individual author or artist is credited. We see no examples listed in institutional collections and find no instances of the map in dealers' catalogues or auction records.

Catholic Press (fl. 1847-1974) were Beirut's principal publishing outlet. They were founded and operated by the Jesuit order, and appear to have been active until about 1974. They were particularly active in the production of Arab-English dictionaries, but were active in antiquarian, historical and scientific areas as well. Learn More...

Good. Verso repair to fold separation. Exhibits wear along original fold lines and slight loss at original fold intersections. Text and printed images on verso.
Looking for a high-resolution scan of this?