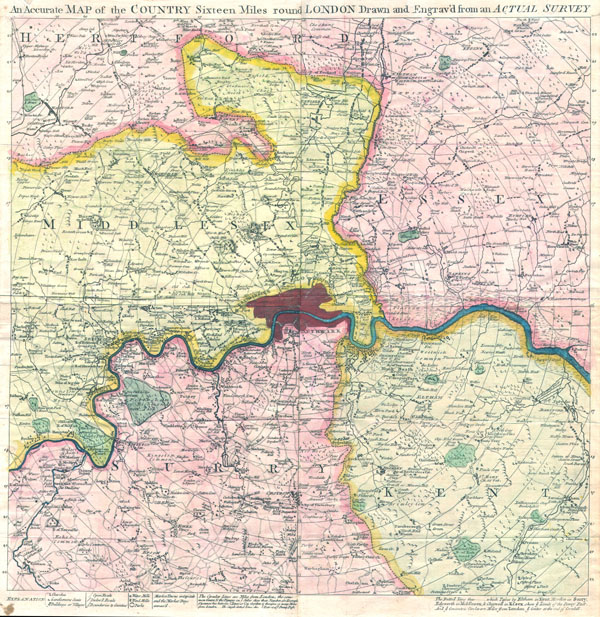 This is a rare and unusual c. 1764 Map of London, England and the environs sixteen miles around. Published by Gentleman's Magazine in four separate issues with publisher's instruction on how to bind them into a single map. Covers the London area in considerable detail with good references to churches, 'Gentlemen's Seats,' buildings villages, Water Mills and Wind mills. Altogether fascinating references show market towns and indicates the days when the markets are active – a practice common in rural areas but rarely seen in London today. A rare and wonderful insight into old-time London.