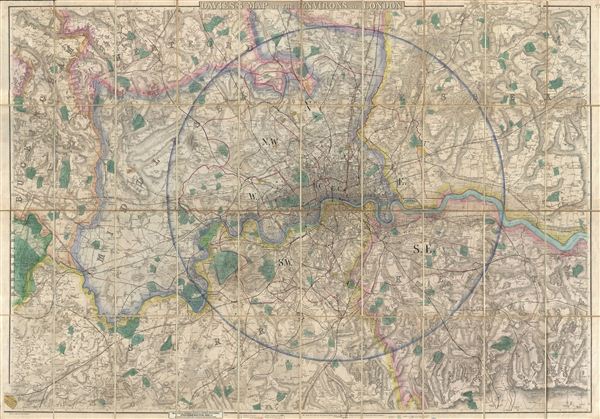 A beautifully engraved, impressively detailed, and colorful 1875 map of London by Benjamin Rees Davies. Centered on the Thames River valley, this map covers from Northaw to Grays Thurrock, and from Chipstead to Windsor. Names roads, farms, some buildings, and great estates throughout with color coding according to district. A colored circle defines a radius from Charing Cross of roughly 13 miles. Davis originally issued this map in 1855. It went through numerous editions and updates until about 1894, when it was finally discontinued. This is the 10th state dating to 1875.