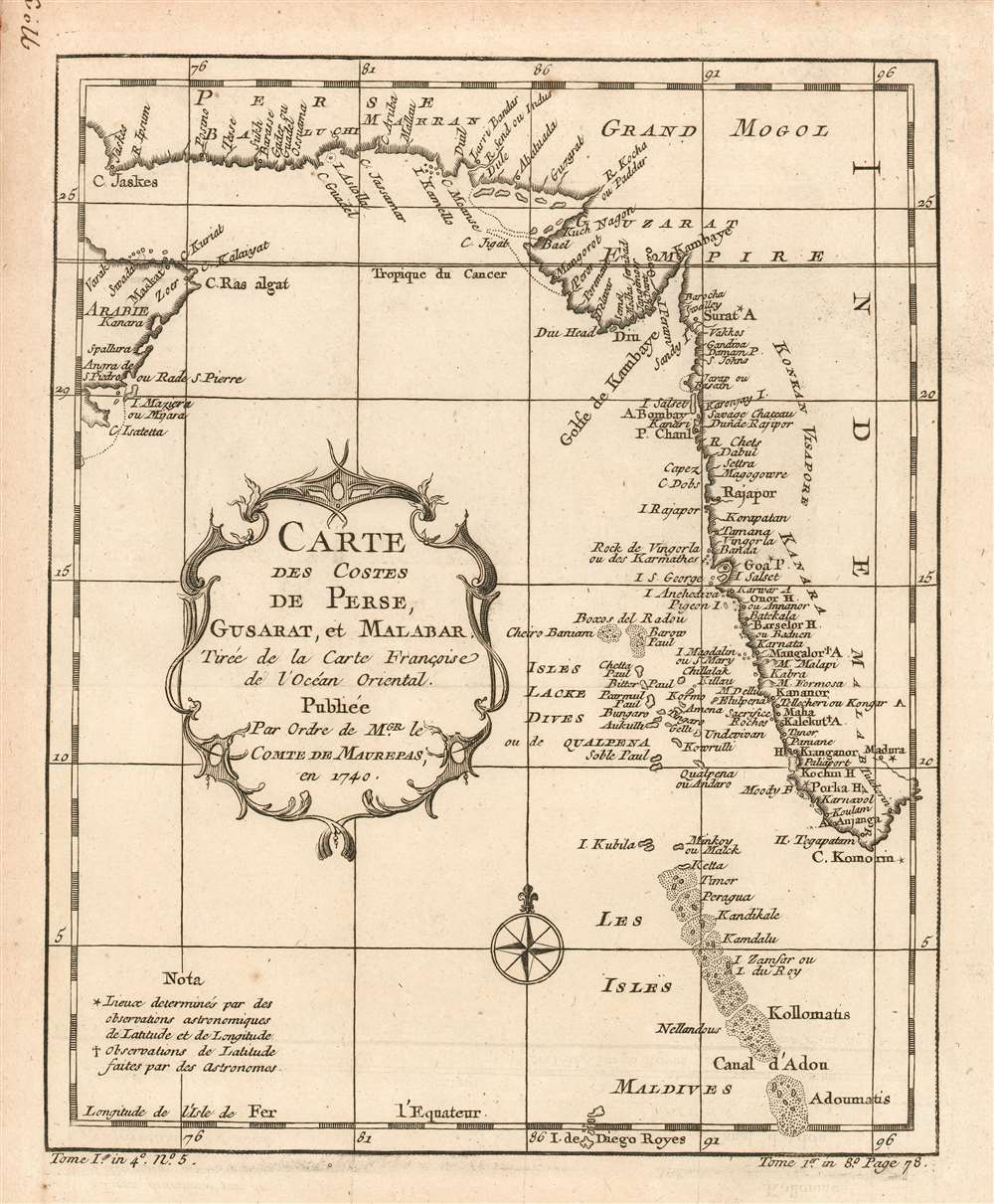 The Malabar Coast and the Maldives

This is a 1780 Bellin map of the western coast of India, the coast of Iran, and part of the Arabian Peninsula, showing many islands west of India, including the Maldives. Bellin drew the information for this chart from his own superb 1740 chart of the Indian Ocean, Carte Reduite de l'Ocean Oriental ou Mer des Indes Contenant Les Costes d'Afrique. It was this grand chart, and not the present lovely if narrowly-focused engraving, that was produced 'Par Ordre'of the Count de Maurepas. It seems slightly misleading that Bellin should here invoke this famous French statesman, naval strategist and spymaster, given that the present map was to appear in Harpe's 1780 Abrégé de l'histoire générale des voyages, which epitomized Prévost's Histoire générale des voyages - a work perhaps better known for its imaginative flourish than for its factuality. Nevertheless, despite the venue, Bellin drew on state-of-the-art knowledge for the maps he contributed.

This map appears on the market from time to time, and separateto be rare on the market, although OCLC only lists copies of the separate map at the Library of Congress, the Universitatsbibliothek LMU Munchen, Bayerische Staatsbibliothek, and the University of Texas at Austin. Prévost's Histoire and Harpe's abridged version of it are well represented in institutional collections.