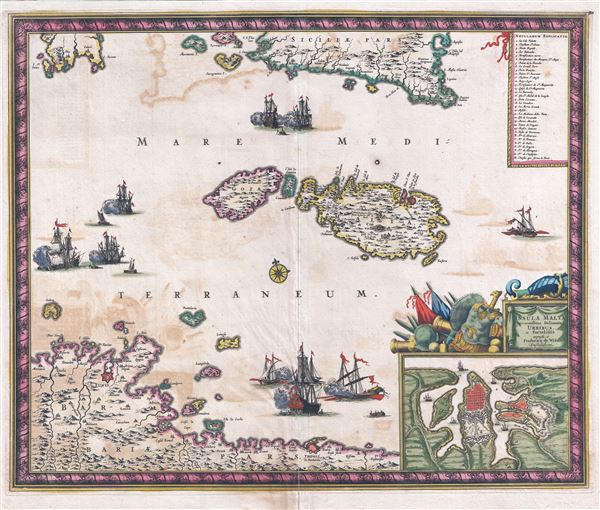 A fine c. 1680 map of Malta and Gozo by the Dutch Golden Age cartography Frederick De Wit. This is one of the most decorative maps of Malta to appear in the 18th century. Centered on Malta and Gozo, it covers the surrounding seas as far north as Sicily and Sardinia, and south to cover the north Africa coast as far as Tunis and Tripoli. An inset of Valetta, showing the elaborate fortifications constructed by the crusading order of the Knights of Malta, appears in the lower right quadrant. Numerous sailing vessels ply the seas, most of which seem to be engaged in battles - evidence of the turbulent and contested nature of this part of the Mediterranean. The whole is finely engraved, as is typical of De Wit's work, and is surrounded by an elaborate decorative border.