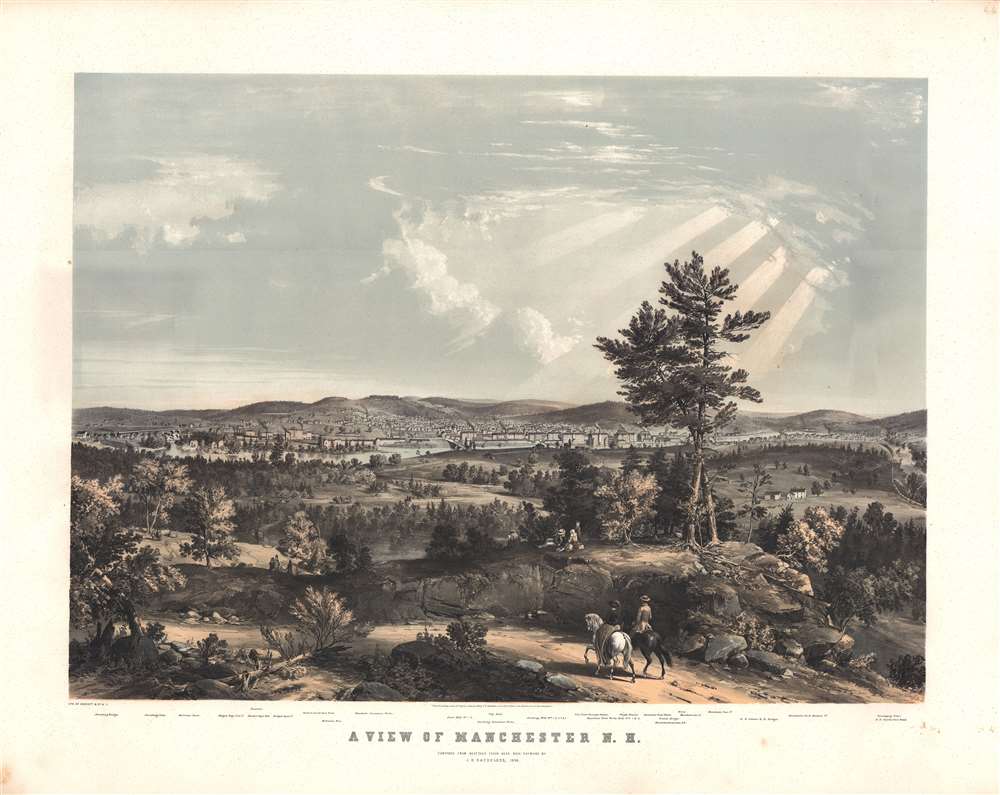 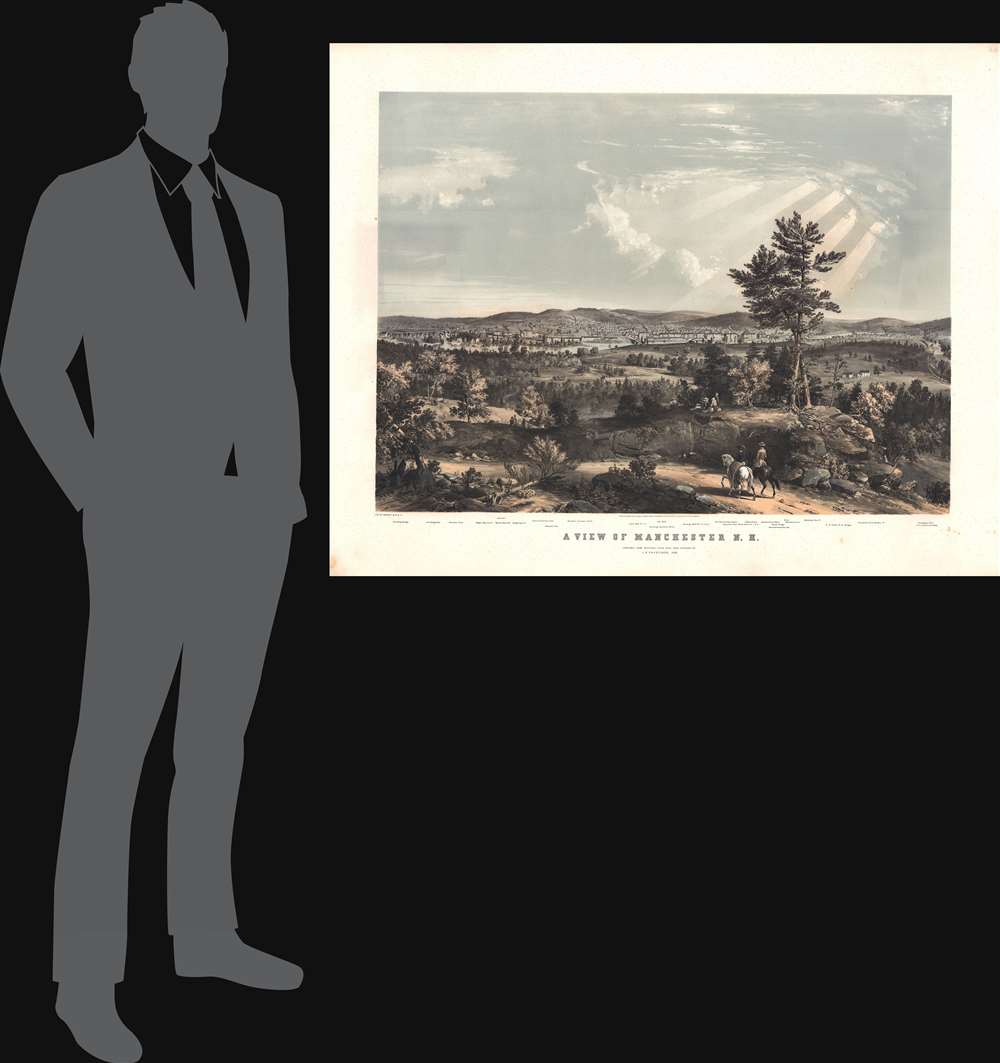 This rare, large and beautiful Bachelder / Endicott chromolithograph view illustrates Manchester, New Hampshire at a time when it was a thriving industrial powerhouse, and home to what in 1846 was the largest cotton mill in the world. It is among the earliest depictions of the city, is certainly the largest, and is arguably the most beautiful. The view is oriented to the east. In the middle distance, the thriving mill town is shown, dominated by the factories of the Amoskeag Manufacturing Company: a smoking hive of activity on the east bank of the Merrimack River. At the far left and right, railway trains wind through the countryside and along bridges crossing the River. Beyond the smokestacks of the waterfront, the city's buildings can be seen climbing up the valley and hills to the east.

The view was sketched from life by J. B. Bachelder, and committed to two-color lithograph by the New York lithographic firm of Endicott and Company. Endicott produced three other lithographs of Bachelder's sketches of Manchester, but they were all of a significantly smaller format and intended for inclusion in Endicott's 'Album of New England Scenery.' Bachelder lived in Manchester starting in 1854, so perhaps a certain civic pride in his new home led him to give the city more attention than his other subjects.

The composition of the view is superb, surmounted by a luminous sky characteristic of much of Bachelder's work. The industrial nature of the city is presented harmoniously with beautiful rolling hills and forests. Farmhouses, groups of strollers, and carriages mark the middle distance, while in the foreground a well-dressed-and-horsed couple ride towards the city. Two young men and a woman recline in a shady spot on the hilltop. Just beyond the trio, another figure sits with his back to them, and to the viewer - with a blank page in hand, very likely meant to be the artist himself, sketching the view. It is not known if Bachelder was familiar with the work of the distant forbears in his field, but it is tempting to wonder. This sort of portrayal of a city, surrounded as this is with its fashionable denizens, is a theme that can be seen on city plans and views reaching back to the sixteenth century. The inclusion of the artist subtle self-portrait occasionally appears in the seventeenth century, most notably with Merian's 1646 depiction of Paris - whose bucolic setting this present work also recalls.

Bachelder's drawing was composed and lithographed at Endicott and Company in 1855; there appears to have been a single edition of the view. It is rare: we are aware of only five examples catalogued in the Library of Congress, the Boston Athanaeum, the American Antiquarian Society Library, the New Hampshire Historical Society Collection, and the American Textile Historical Museum Library.