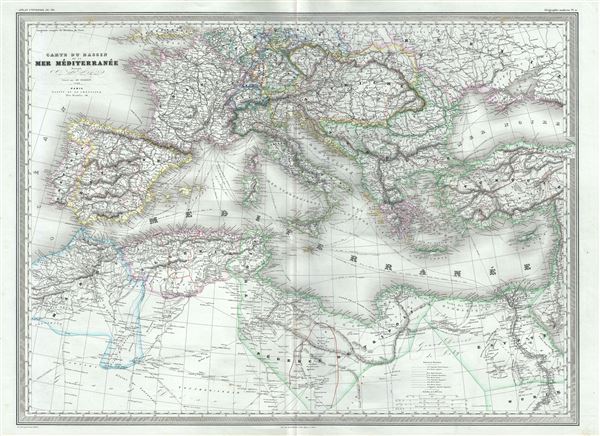 This is a beautiful large format 1860 elephant folio map of the Mediterranean Sea and vicinity by A. H. Dufour. Centered on the Mediterranean Sea, it covers from the English Channel south to the Sahara Desert and from the Atlantic Ocean to Syria in the east. It notes important cities throughout and depicts the boundaries of most of the European counties and territories. Rivers, islands, mountains and a host of other topographical features are noted.