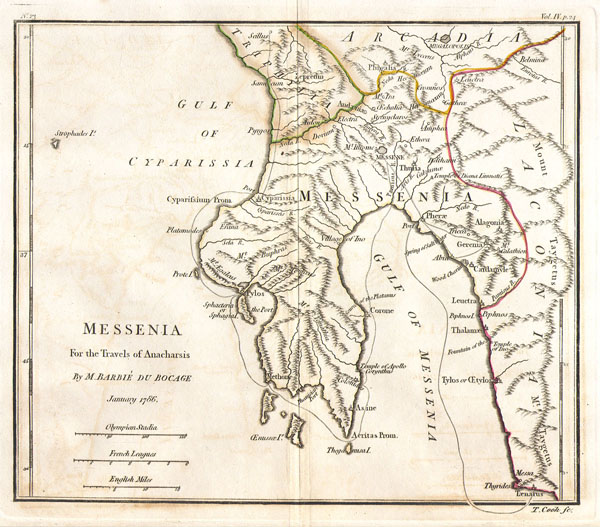 This lovely little map of Messenia, in the southeast of Ancient Greece, was prepared by M. Barbie de Bocage in 1786 for the 'Travels of Anarcharsis.' Follows the earlier D' Anville map. This peninsula and gulf just south of Arcadia and west of Laconia, was generally dominated by Sparta, its more powerful neighbor to the east.