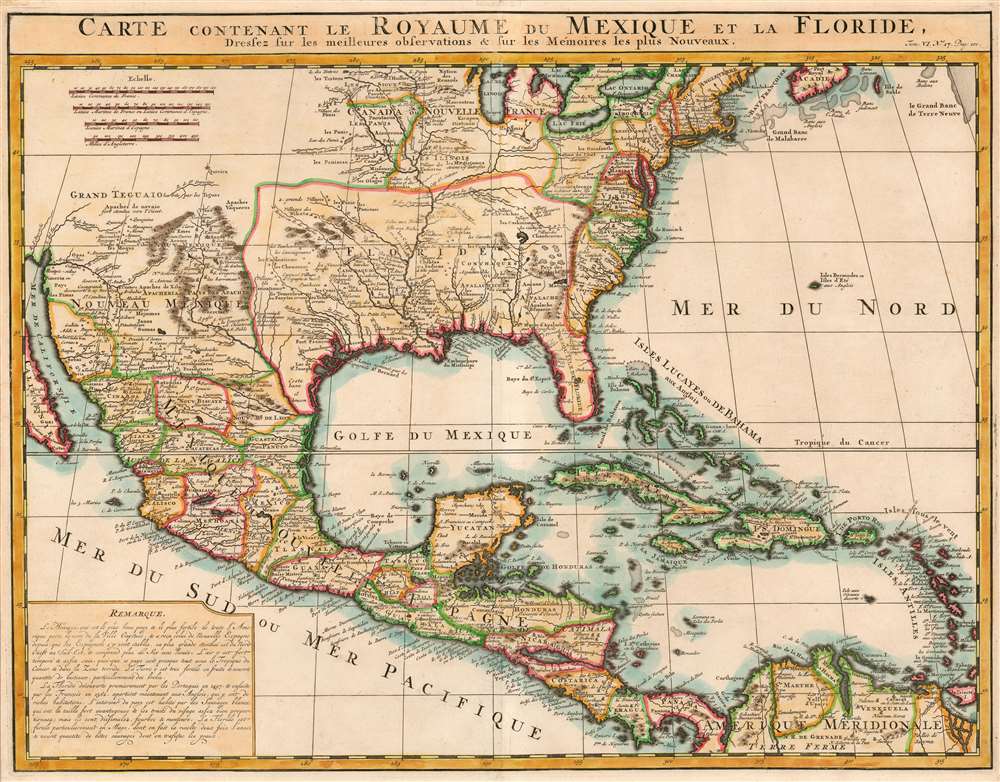 A Brilliantly-Colored Example of an Early Colonial Map of North America
$1,250.00

A charming 1719 Chatelain map of North America, Mexico, Central America, and the Caribbean. Though the map's geography relied heavily on De l'Isle's groundbreaking 1703 work, it is nevertheless a richly detailed and beautifully engraved map presenting the best-regarded geographical knowledge of the day. The Great Lakes - barring Lake Superior - are shown; California's Baja is shown in such a way to strongly suggest its peninsularity (despite Chatelain's presentation of California as an island in other maps in the same volume.) The course of the Mississippi - also drawn from De l'Isle - is shown largely correctly. The short-lived colony of Port Francois is shown in present-day Texas.