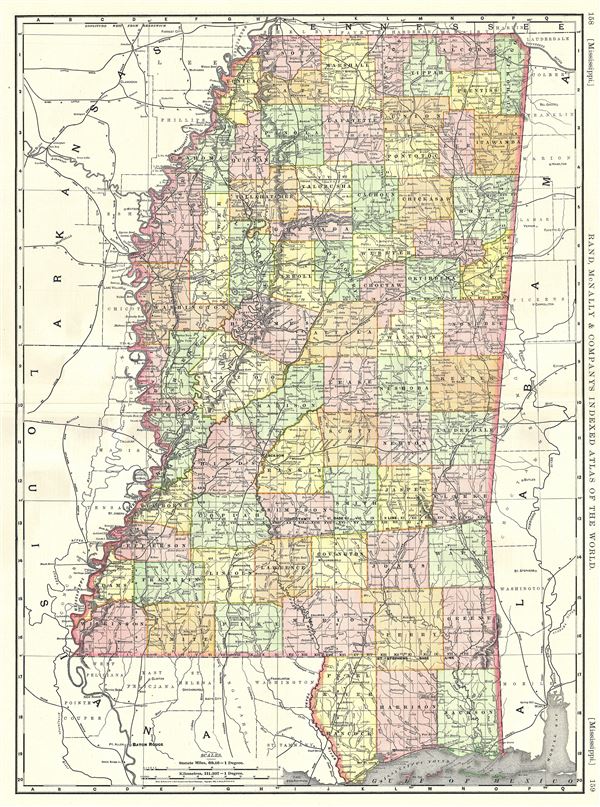 A lovely 1892 map of Mississippi by Rand McNally and Company. It covers the entire state east of the Mississippi River south as far as the Gulf of Mexico. This detailed map notes major cities, towns, railways, rivers and a host of important topographical details. Color coded according to counties, elevation is rendered by hachures. This map was issued as plate nos. 158 and 159 in the 1893 edition of Rand McNally and Company's Indexed Atlas of the World- possibly the finest atlas Rand McNally ever issued.