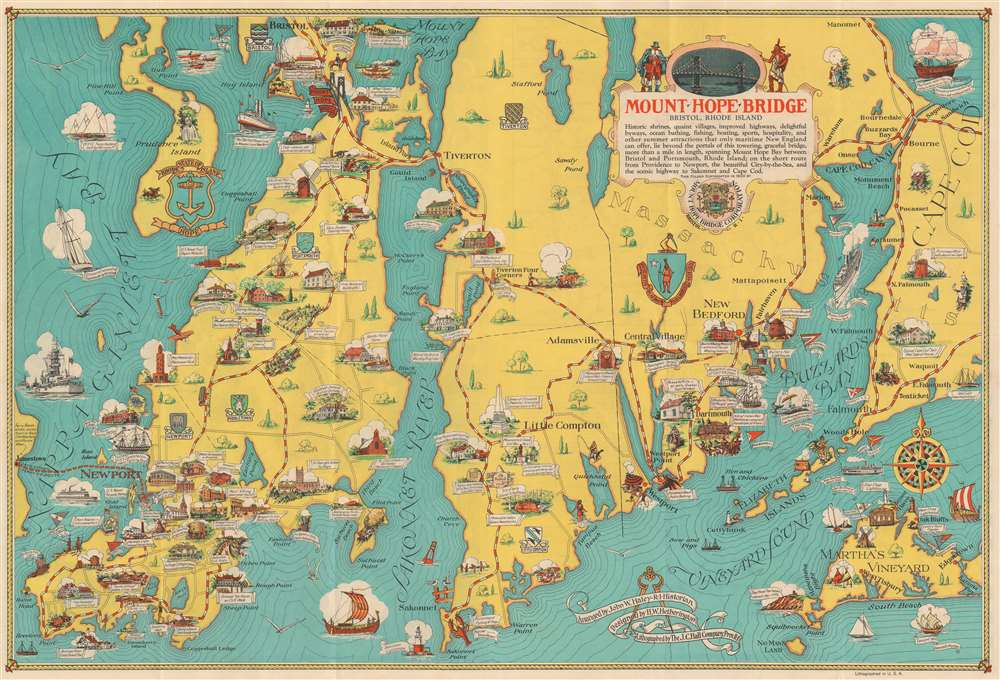 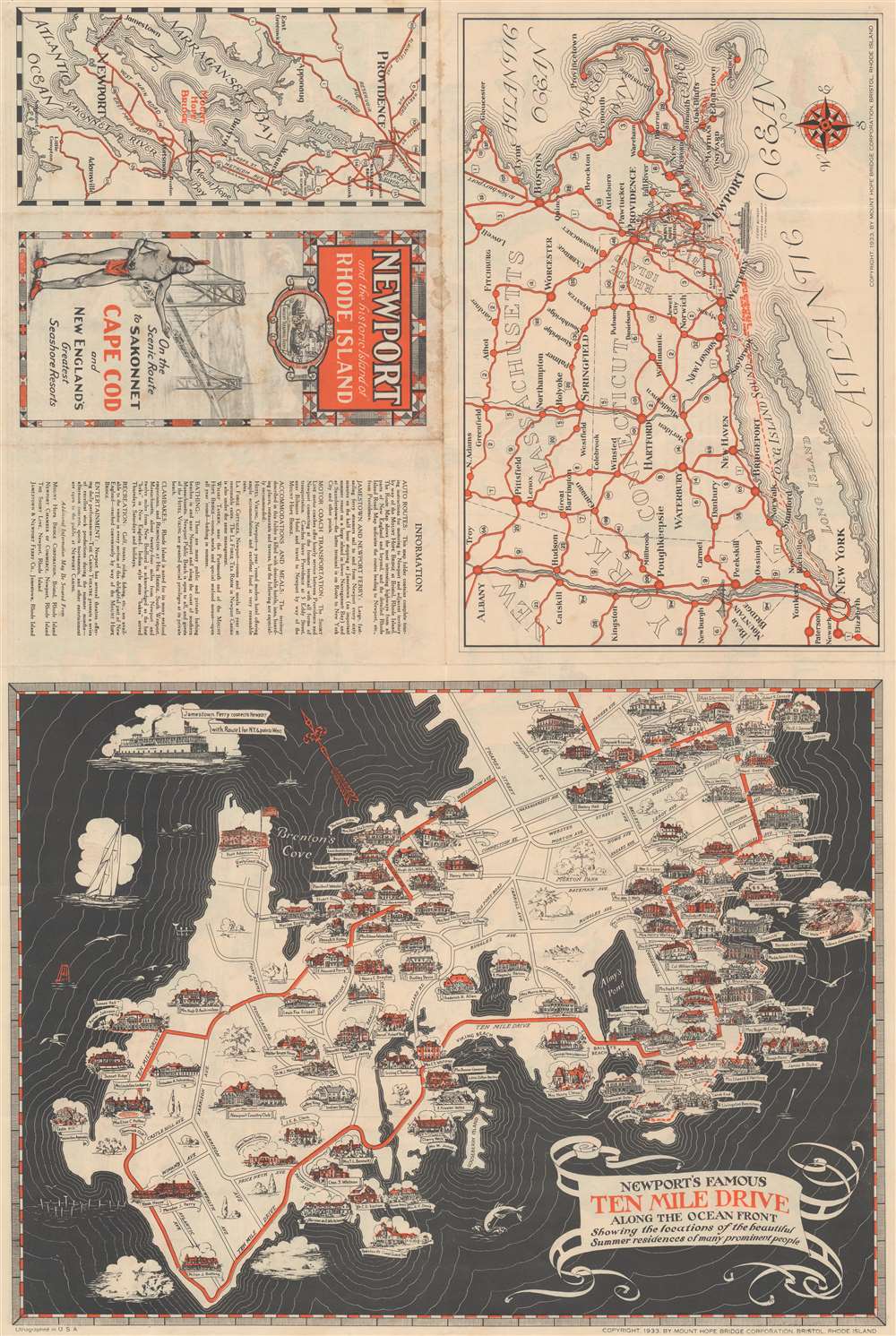 This is a 1939 John Haley and H. W. Hetherington pictorial map of coastal Rhode Island and Massachusetts. The map depicts from Jamestown, Rhode Island to western Cape Cod, including Falmouth and Woods Hole, Massachusetts and from Bristol, Rhode Island to Vineyard Sound, Martha's Vineyard, and the Atlantic Ocean. Buzzard's Bay, Narragansett Bay, and Martha's Vineyard are included. Beautifully 'arranged and designed', important historic locations, local villages, and other attractions throughout the region are illustrated by vignettes. These sites include local museums, restaurants, military installations and forts, and sailing ships, such as the U.S.S. Constitution, moored near the Naval War College, and the whale-ship Charles W. Morgan. The flags of numerous yacht clubs are also illustrated, including the Bristol Yacht Club, the Newport Yacht Club, the Edgartown Yacht Club, the Vineyard Haven Yacht Club, and the Woods Hole Yacht Club. Several ships are illustrated sailing in Narragansett and Buzzard Bays, among these are a modern battleship, the steamer between Boston and New York, the Mayflower, and a Viking longship.

This map was arranged by John W. Haley, designed by H. W. Hetherington, lithographed by the J. C. Hall Company, and copyrighted by the Mount Hope Bridge Corporation in 1933. We are aware of two editions, of which this is the first. The second was published in 1939. We note examples of the 1933 edition in the David Rumsey Map Collection, at the Leventhal Map Center at the Boston Public Library, the University of Wisconsin Milwaukee, and at the Newberry Library. Both editions quite scarce today and rarely appear on the market.

John Williams Haley, Sr. (1897 - 1963) was the former vice president of the Narragansett Brewing Company and the Rhode Island historian for over 25 years. He was best known for his weekly radio program, 'The Rhode Island Historian', which ran from 1927 until about 1953. The Providence Institute for Savings ('The Old Stone Bank') published several hundred of his radio scripts in pamphlet form and many were reprinted later in the four-volume Old Stone Bank History of Rhode Island. Learn More...