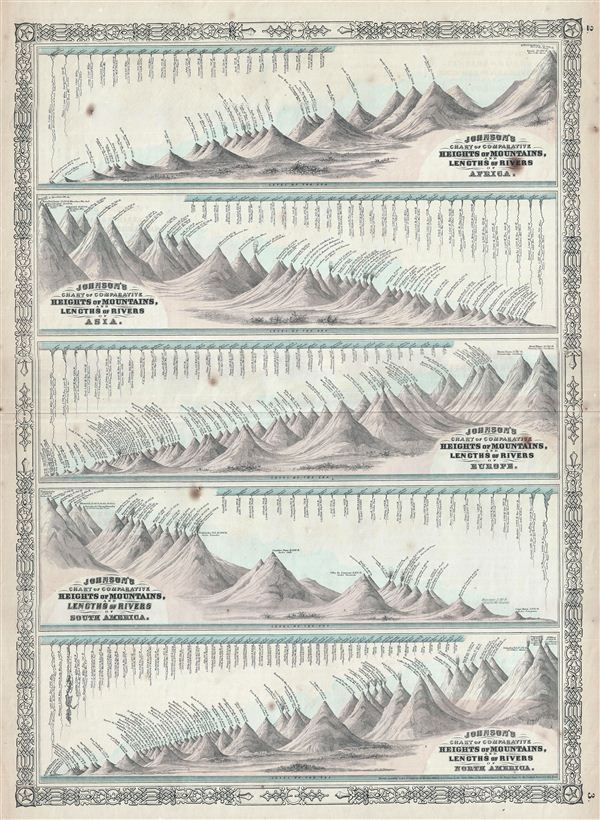 A significant reimagining and re-engraving of Johnson's Comparative Mountains and Rivers Chart.

Rumsey, 4574I.
Looking for a high-resolution scan of this?