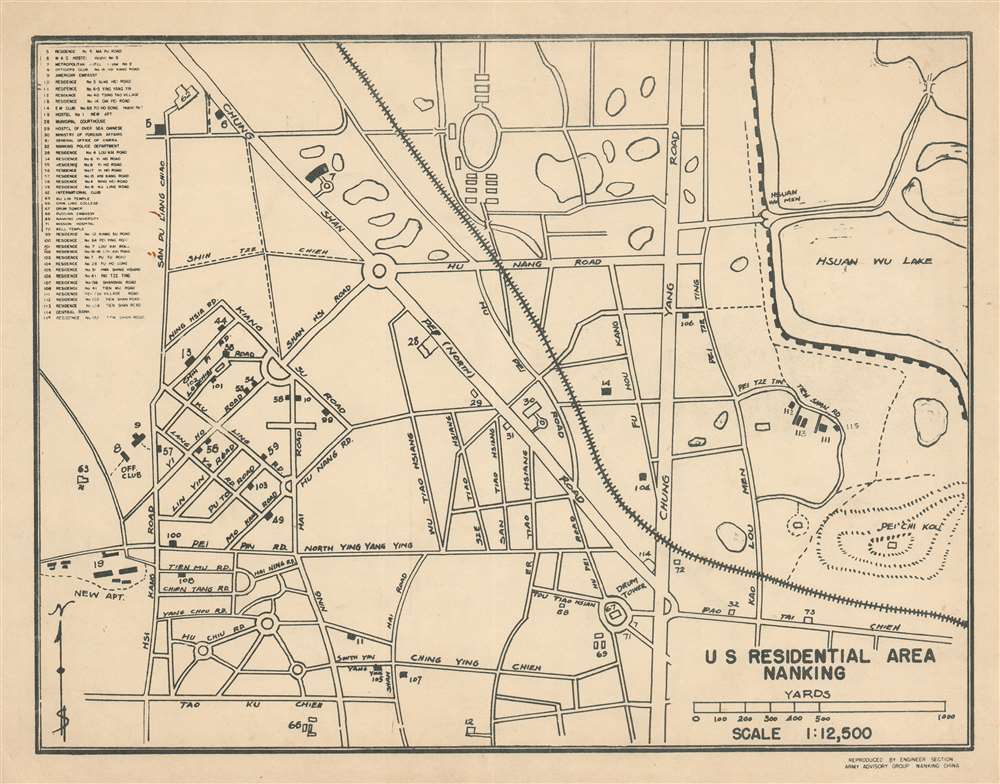 An extremely rare find, this 1947 Engineer Section Army Advisory Group plan or map of the U.S. residential section in Nanking (Nanjing), China references American efforts to bolster the wavering Chinese National Army after World War II. The map details the American residential area in Nanjing. Forty-six locations important to American soldiers, civilian personnel, and their families are listed along the left border and correspond to residences identified on the map. Other locations, such as the International Club, Nanking University, the Russian Embassy, and the Ku Lin Temple are also noted.

The Army Advisory Group was one of a series of names assigned those Americans stationed in Nanking after World War II to advise the Nationalist Chinese forces. Per a finding aid generated by the Dwight D. Eisenhower Library in Abilene, Kansas

The Army Advisory Group trained Nationalist Chinese army officers and tried to reorganize the army itself. It also created plans for a series of training schools, but these schools never materialized.