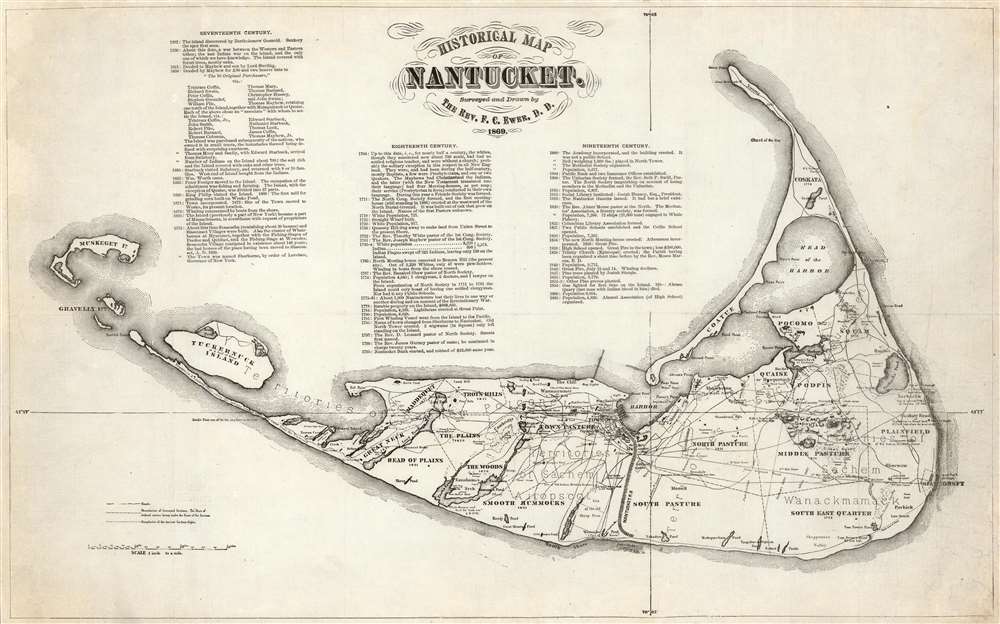 This attractive c. 1869 map is a reduced version of Reverend F. C. Ewers groundbreaking, 1869 wall map of Nantucket. This variant - by an unknown printer, likely in Boston was published shortly after the first edition. Three columns of text provide the highlights of of Nantucket's history from its discovery by Bartholomew Gosnold in 1602 to the momentous 1865 organization of the island's high school Alumni Association.

Other reduced iterations of this map appear on the market, notably the one printed in 1886 as a promotion for the Old Colony Line of steamships. This version is larger than the 1886, and captures the elegant lines of the original.

This map has a complex, confusing, and little researched publication history. It was originally drawn and published by Ferdinand Cartwright Ewer in 1869. That edition was large, measuring more than 40 inches wide. The present example corresponds to the one in the collection of New York Public Library; we have not seen other examples printed to these dimensions.