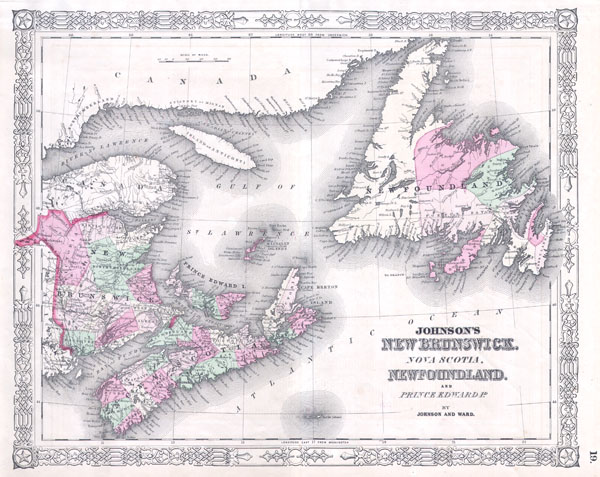 A fine map of the Canadian provinces of New Brunswick, Nova Scotia, Newfoundland and Prince Edward Island. Cartographically this map is based upon the earlier work of J. H. Colton who himself may have referenced early 19th century British material, possibly Wyld's 1836 map. Page no. 19 in the 1864 Johnson and Ward edition of Johnson's Family Atlas.