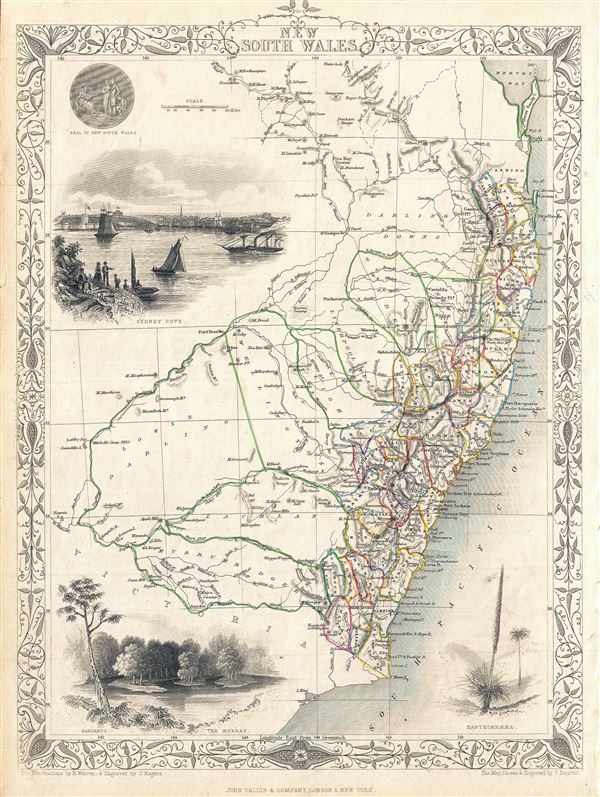 This is a fine 1851 John Tallis map of New South Wales, Australia. The map covers eastern Australia from the Great Sandy Island south past Sydney to Cape Howe. It also extends a considerable distance inland despite the region being only tenuously mapped. This map was issued in the same year as Victoria became an independent colony separate from New South Wales in July, 1851. This year also marked the beginning of the Australian gold rush, which would attract a large number of international immigrants, tripling its population within the next 20 years. The map includes beautiful illustrations by H. Warren depicting The Murray, Xanthorrhaea and the Sydney Cove. The seal of New South Wales is also illustrated. The map also notes the 1817 routes of John Oxley, who discovered the Brisbane River. The whole has the highly decorative presentation and elaborate border distinctive of Tallis maps. This map was issued as part of the 1851 edition of John Tallis and Company's The Illustrated Atlas, And Modern History of the World.