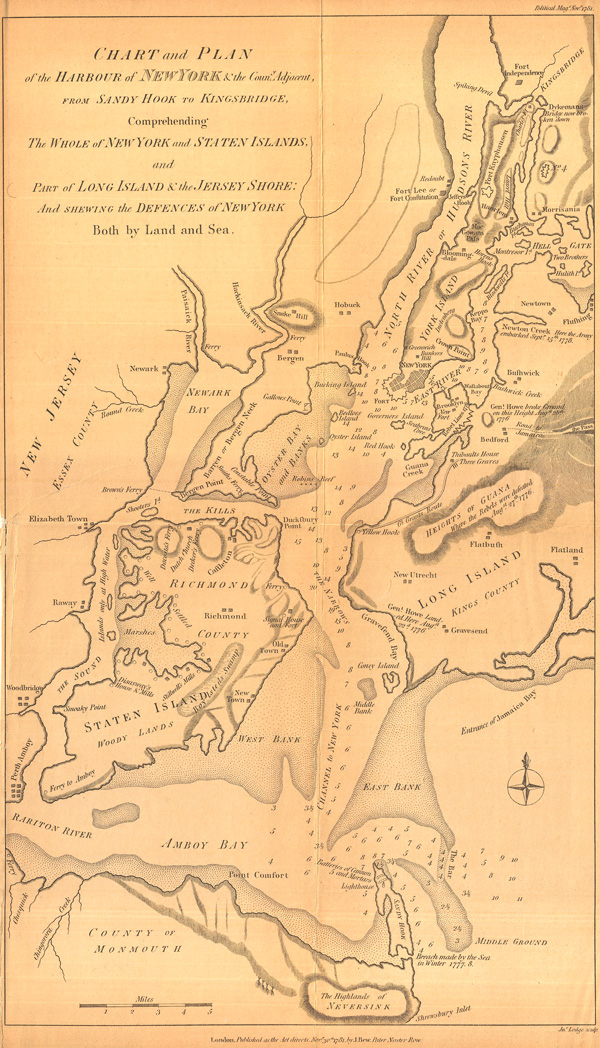 The title of this fine work says it all: 'Chart of the Harbour of New York & the Counties Adjacent, from Sandy Hook to Kingsbridge, Comprehending the Whole of New York and Staten Island and Part of Long Island & the Jersey Shore and Shewing the Defences of New York both by Land and Sea.' This is actually a 19th century reissue of an important Revolutionary War era map of New York City. Most likely republished in Valentine's Manual, c. 1860. Relief shown by hachures, oceanic depths shown both by soundings and graded stippling. In upper right corner: 'Political Mag. Nov. 1781.' At bottom: 'London, published as the act directs, Nov. 30 1781, by J. Bew, Pater Noster Row....Jn. Lodge sculp.'

Valentine, D., Valentine's Manual of the Corporation of the City of New York, (unknown edition).

Good. Quite brittle. Even overall toning. Some chipping to lower margin.

New York Public Library, Map Division, 00-448.
Looking for a high-resolution scan of this?