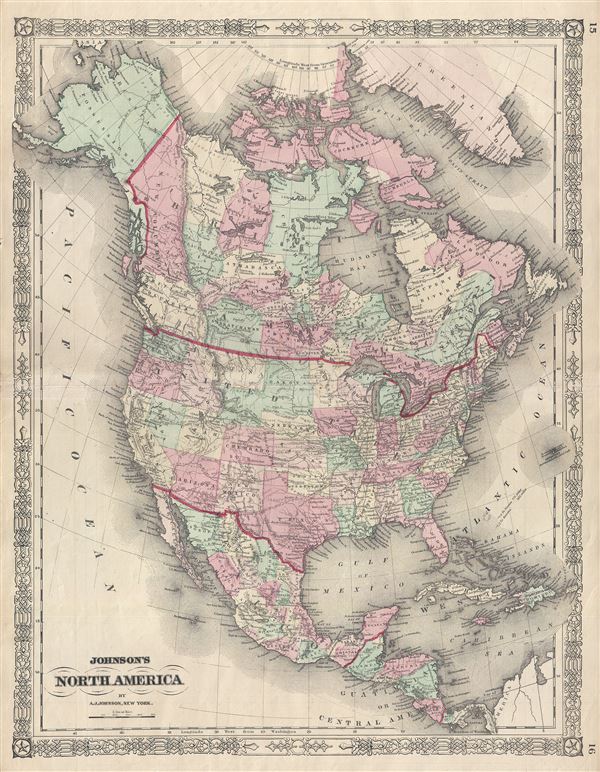 This is Johnson's 1866 map of the North America. It extends from the Arctic Circle, including Alaska and Greenland south to Panama. Shows, the United State, Canada and Mexico divided into states and provinces. Most of the United States are depicted much as they exist today, with a few notable exceptions: Arizona extends westward into what is today the Las Vegas region of Nevada; Dakotas are a single large territory; Oklahoma is still named the Indian Territory. Throughout, Johnson identifies various cities, towns, rivers and assortment of additional topographical details.

The map features the fretwork style border common to Johnson's atlas work from 1863 to 1869. This map was published by A. J. Johnson as plate nos. 15 and 16 in the 1866 edition of his New Illustrated Family Atlas of the World.