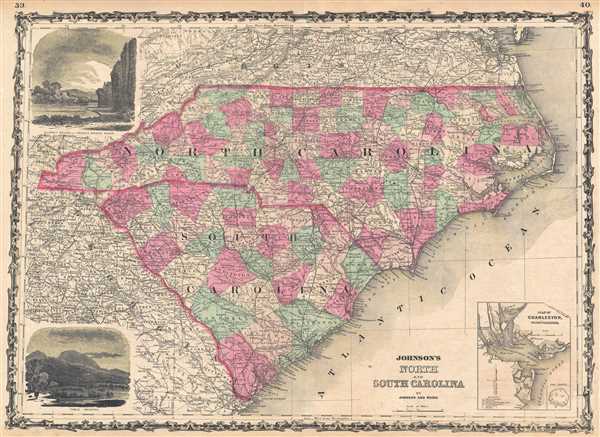 This is an 1864 A. J. Johnson map of North America. North Carolina and South Carolina, offering a fascinating snapshot of these states during the American Civil War. The map depicts both states in full and differentiates between counties by shading each county a different color. An inset map in the lower right hand corner depicts the city and harbor of Charleston. A small plan of Fort Sumter is situated in the lower right corner of the inset map. Johnson identifies various cities, towns, rivers, and additional topographical details throughout. Engraved views depicting the 'Chimney Rocks and French Broad River' and 'Table Mountain' decorate the upper left and lower left hand corners, respectively.