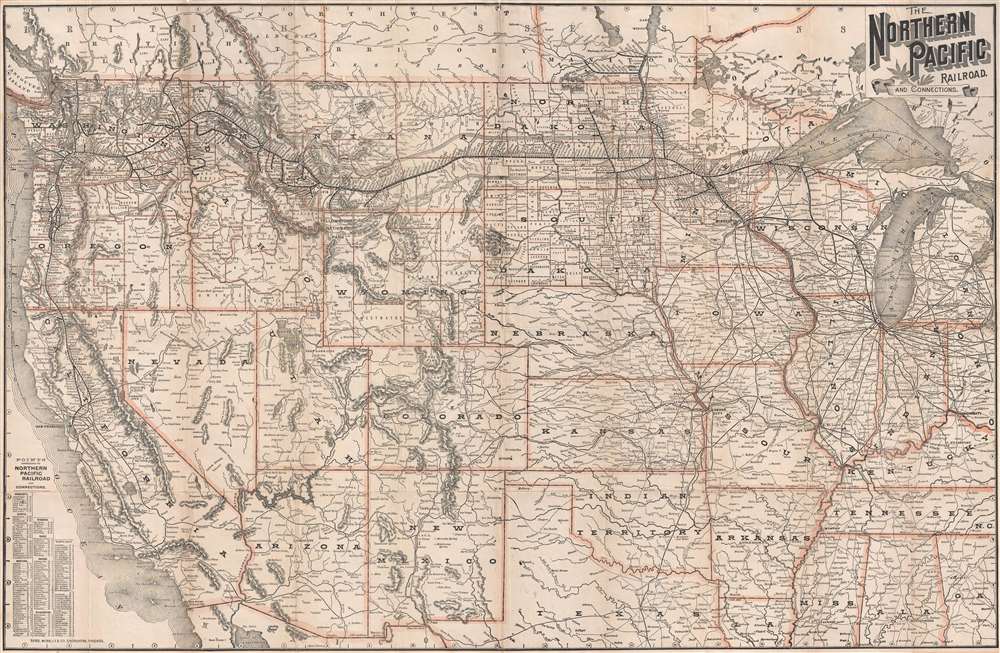 A detailed railroad map of the western United States that highlights the route of the Northern Pacific Railroad.
$750.00

This is an 1891 Rand McNally map of the western United States highlighting the route of the Northern Pacific Railroad. The map depicts the region from the Pacific Ocean to Detroit, Michigan and from Canada to Texas, Louisiana, and northern Mexico. Highly detailed, myriad cities, towns, and villages throughout the western U.S. are identified, including every stop along the Northern Pacific Railroad's route. Apart from the Northern Pacific, the extensive rail network that crisscrossed the western U.S. are illustrated and most of the major lines labeled. The rail hub at Chicago, for instance, is clearly visible, with a mind-boggling number of rail lines entering and leaving the city in all directions, except into Lake Michigan of course. Rivers, lakes, and mountains are also identified. Other famous locations throughout the West are noted as well, including the Grand Canyon, Yellowstone, and the Black Hills.

This map was created and published by Rand McNally in 1891.