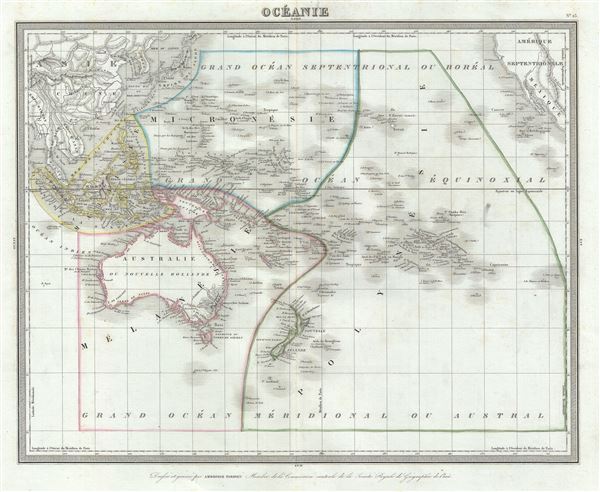 This is a fine 1874 map of the Pacific Ocean, including Australia, Polynesia, Melanesia and Malaysia by Ambroise Tardieu. It covers the region in considerable detail with parts of North America and Asia included. Extends as far north as Japan and south to include Auckland Island and New Zealand. This map depicts the continent of Australia with good detail along the coast with a largely unexplored interior. This map also identifies various cities, towns, rivers and an assortment of additional topographical details. This map was prepared by Ambroise Tardieu as plate no. 25 and issued in his 1874 edition of Atlas Universel de Geographie Ancienne et Moderne.