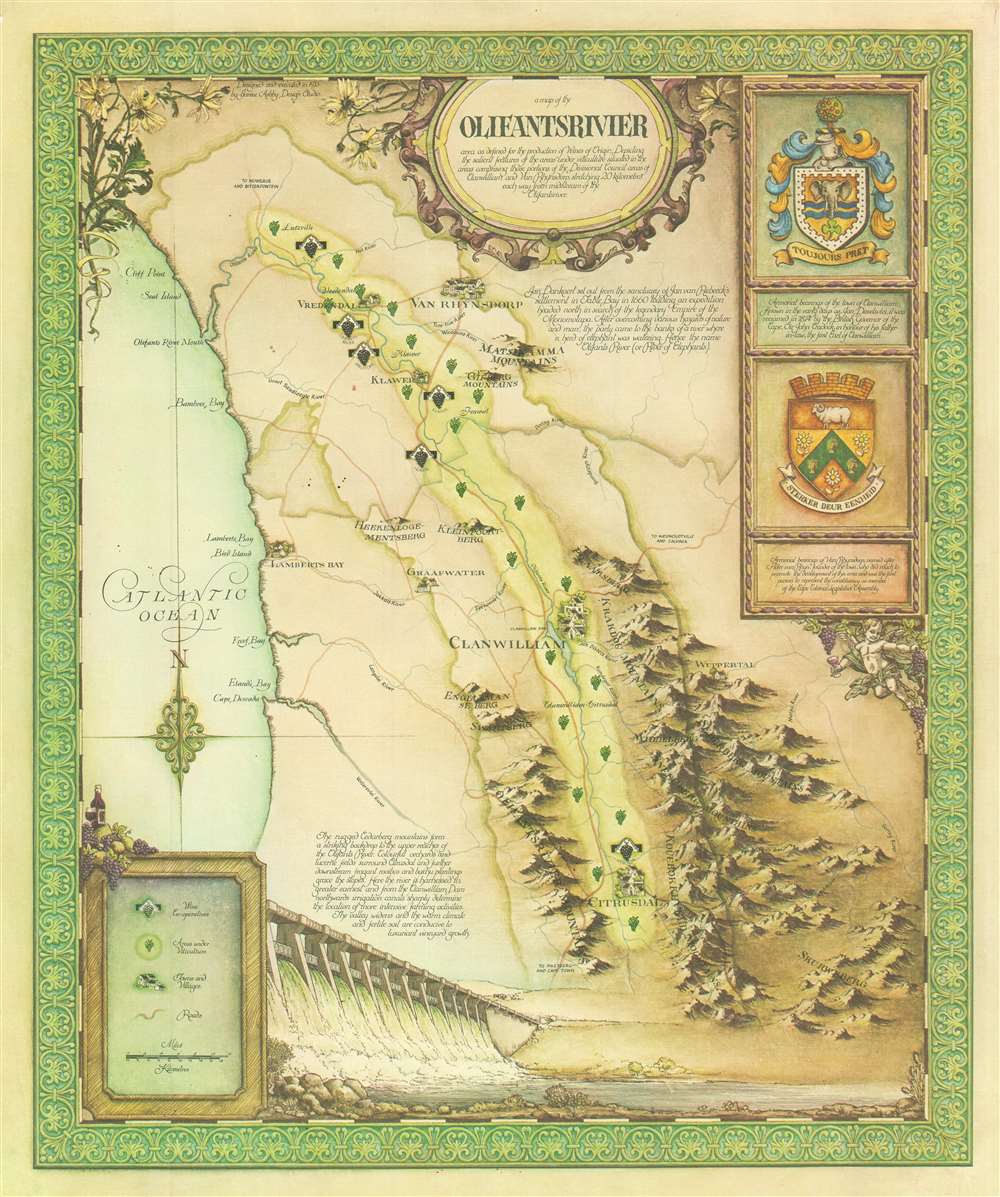 This is a 1973 Janice Ashby map of the Olifants River wine region of South Africa, published in the year it was designated an official wine region. Situated in the western part of South Africa, near the Atlantic Ocean, the Olifants River region is part of the Western Cape. Bunches of grapes represent vinicultural areas and wine co-operatives. Many of these wineries are known for producing excellent Sauvignon Blanc wines. Today this area has an arid climate, necessitating irrigation, but it once supported huge herds of elephants, hence the name Olifants River - River of Elephants. The Clanwilliam Dam, illustrated at bottom left, built near the town of Clanwilliam, provides most of the region's water.

This map was created and published by the Janice Ashby Design Studio in 1973. It was part of a series of twelve maps published that year to celebrate the newly created wine regions. This map is not cataloged in OCLC and rarely appears on the private market.

Janice Ashby (19xx - Present) is a British artist, activist, and philanthropist. Born in the U.K., she studied art at the Regent Street London School of Art before moving to Cape Town. She started the Janice Ashby Design Partnership in Cape Town in 1970, building the company into an award-winning design firm, before moving to New York City in 1987. She founded Eco Africa Social Adventures, a non-profit dedicated to raising money to support artisans and their families in Zimbabwe in New York in 2007. She remained in New York City until 2011, when she returned to Cape Town. After returning to Cape Town, she witnessed the plight of South Africa's rhino population. Incredibly moved by this horror, she founded The Rhinos Are Coming!!!, a Public Art Fundraising Initiative, organized to help raise money to save rhinos from extinction. Learn More...