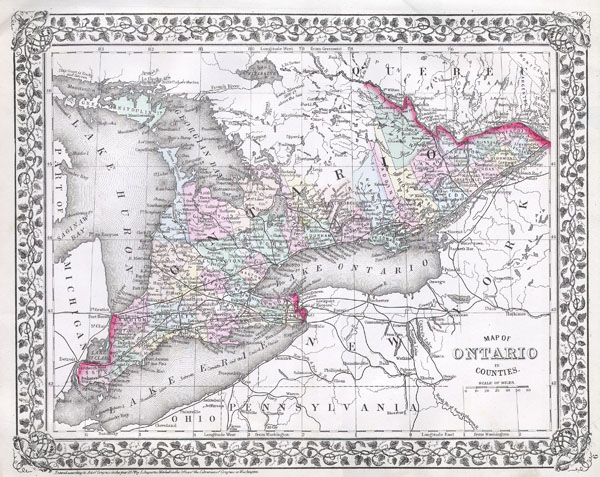 This hand colored map is a lithographic engraving, dating to 1874 by the legendary American Mapmaker S.A. Mitchell, the younger. It represents the Canadian province of Ontario and includes Lake Erie, Lake Huron and Lake Ontario in full.