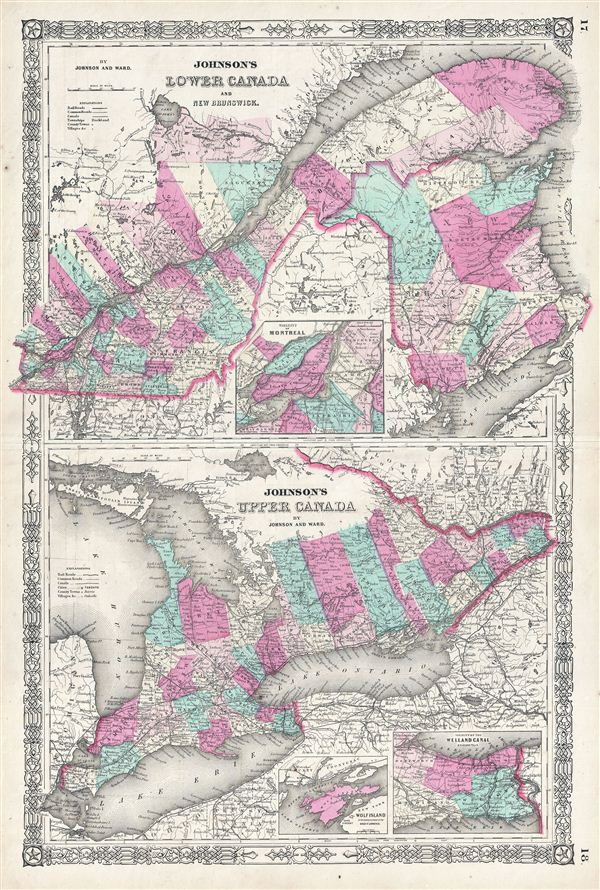 This is Johnson and Ward's 1864 map of Upper Canada (Ontario) and Lower Canada (Quebec). Divided into two maps, the upper map consists of the provinces of Quebec and New Brunswick and features an inset map of the environs of Montreal. The lower map focuses exclusively on Ontario and features inset maps of Wolf Island and the Welland Canal & Niagara Falls. Both maps are color coded according to district and note several roads, railways, rivers, cities, towns and various other topographical details. This map features the fretwork style border common to Johnson's atlas work from 1863 to 1869. Steel plate engraving prepared by A. J. Johnson for publication as plate nos. 17 and 18 in the 1864 edition of his New Illustrated Atlas.  This is the first edition of the Johnson's Atlas to bear the Johnson & Ward imprint and the only edition to identify the firm as the 'Successors to Johnson and Browning (Successors to J. H. Colton and Company).'