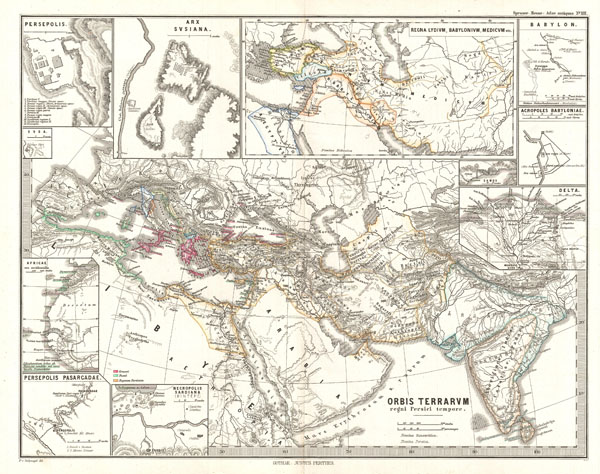 This is Karl von Spruner's 1865 map of 'The World at the Time of the Persian Empire' with eleven insets. The insets (starting clockwise from the upper-left quadrant) feature 'Persepolis,' 'Arx Susiana,' 'the Kingdoms of Lydia, Babylon, and Media,' 'Babylon,' 'The Acropolis of Babylon,' 'The Nile Delta,' 'Samos,' 'The Burial Grounds at Sardis,' 'Persepolis –Pasargadae,' 'Africa: The West Coast' and 'Sush.' Countries and territories outlined in color. The whole is rendered in finely engraved detail exhibiting throughout the fine craftsmanship of the Perthes firm.