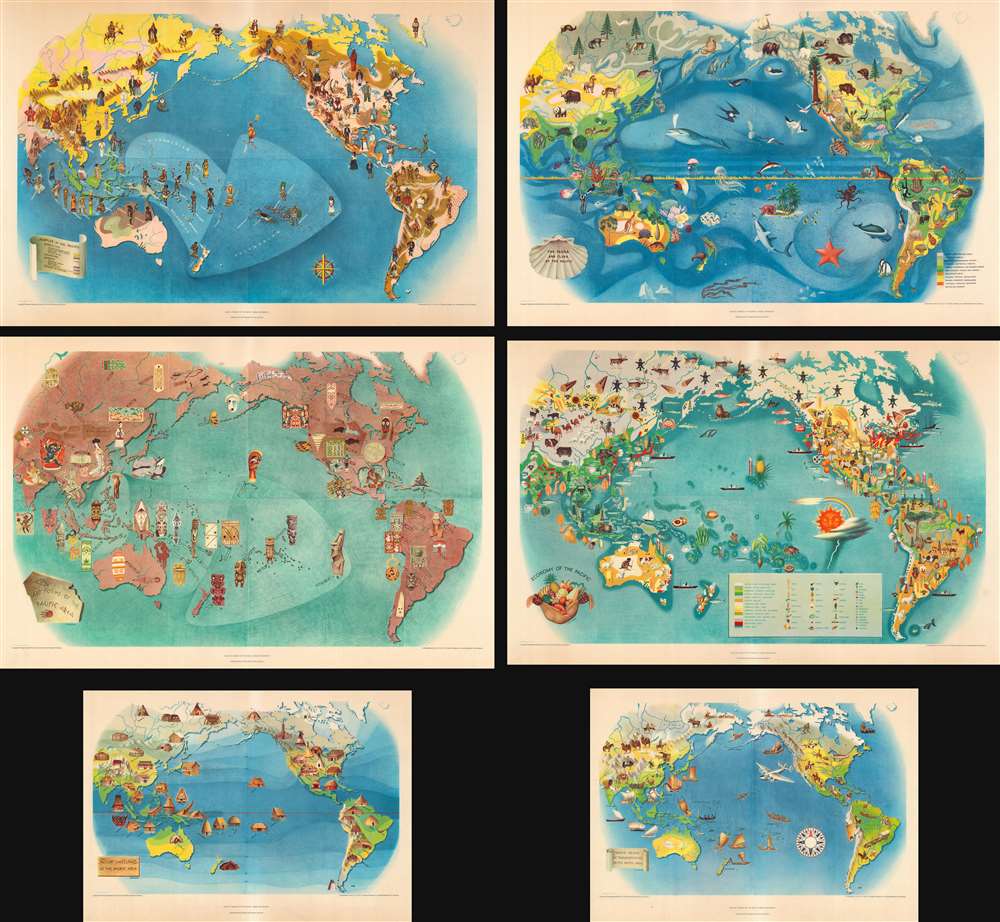 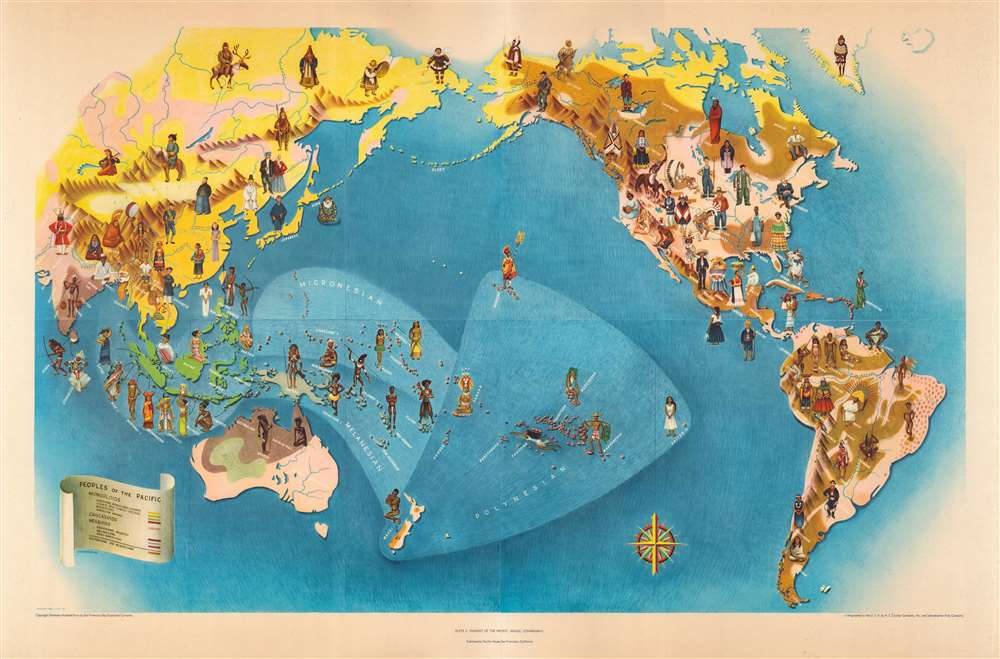 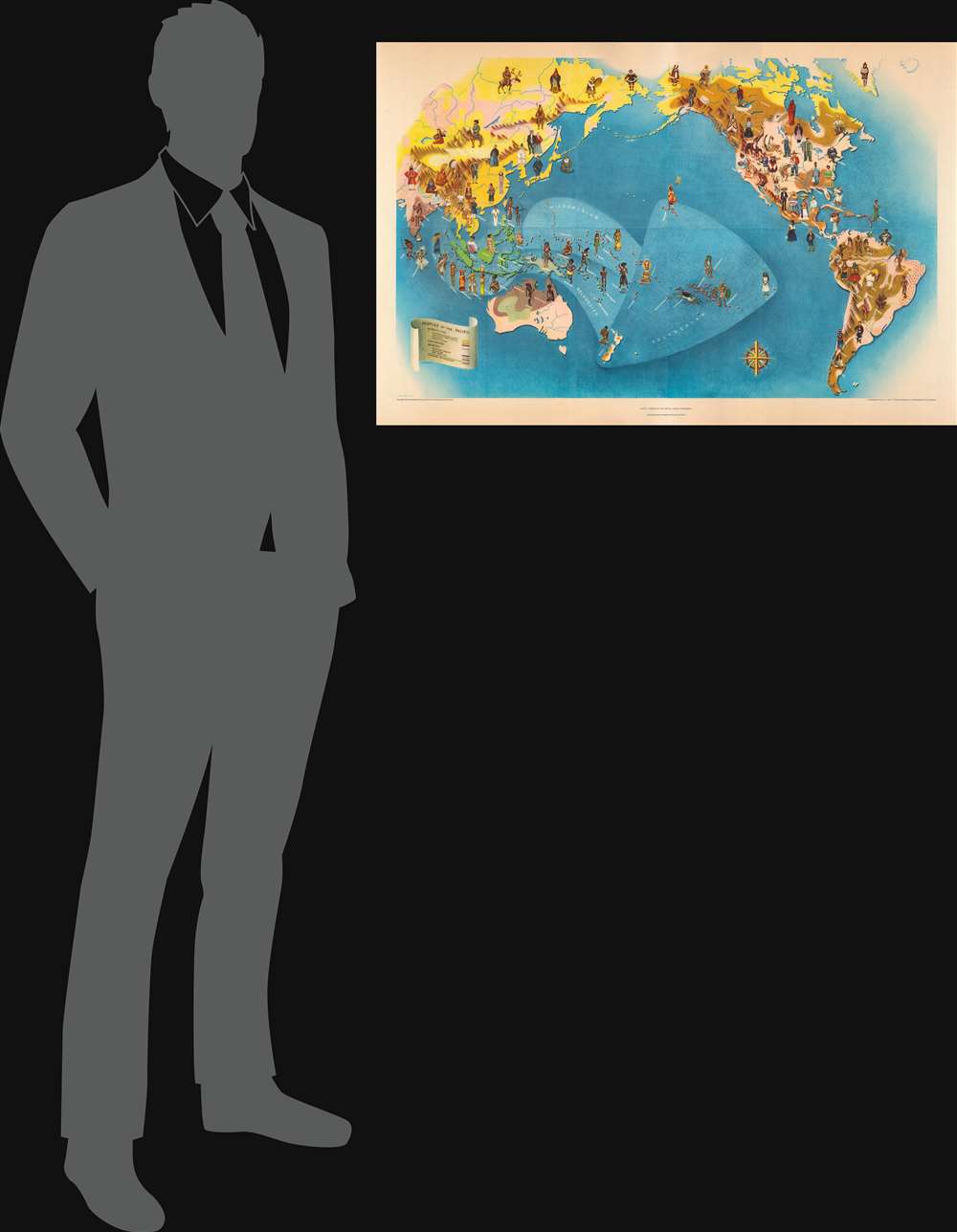 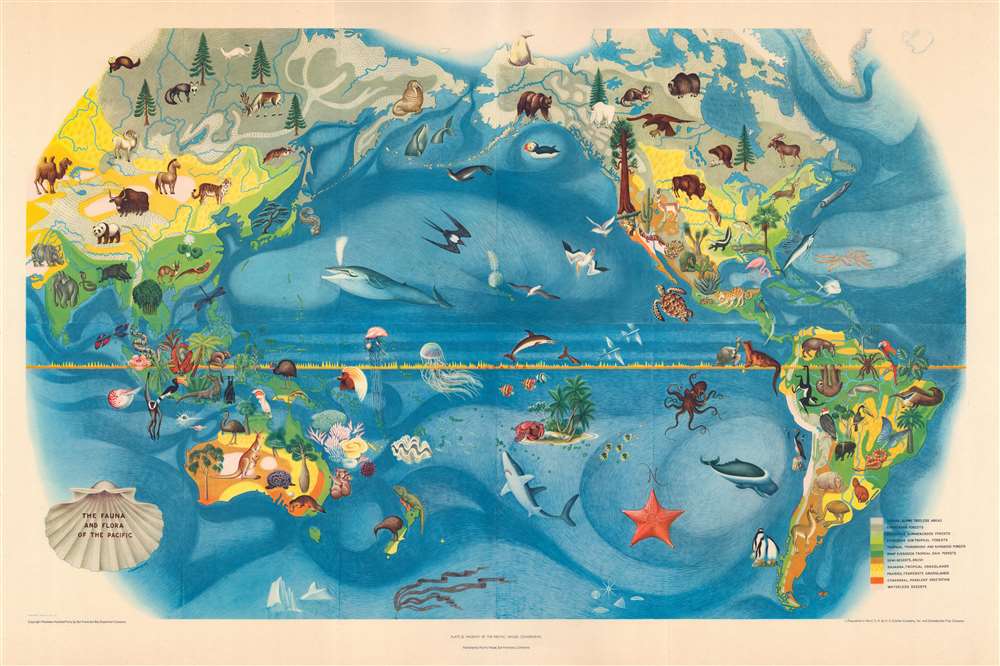 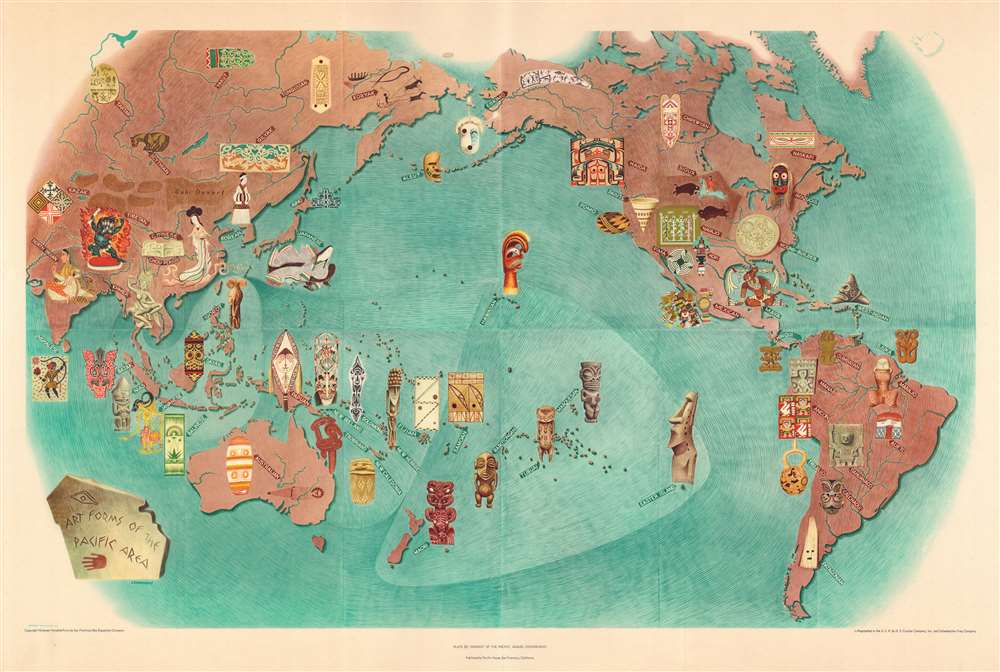 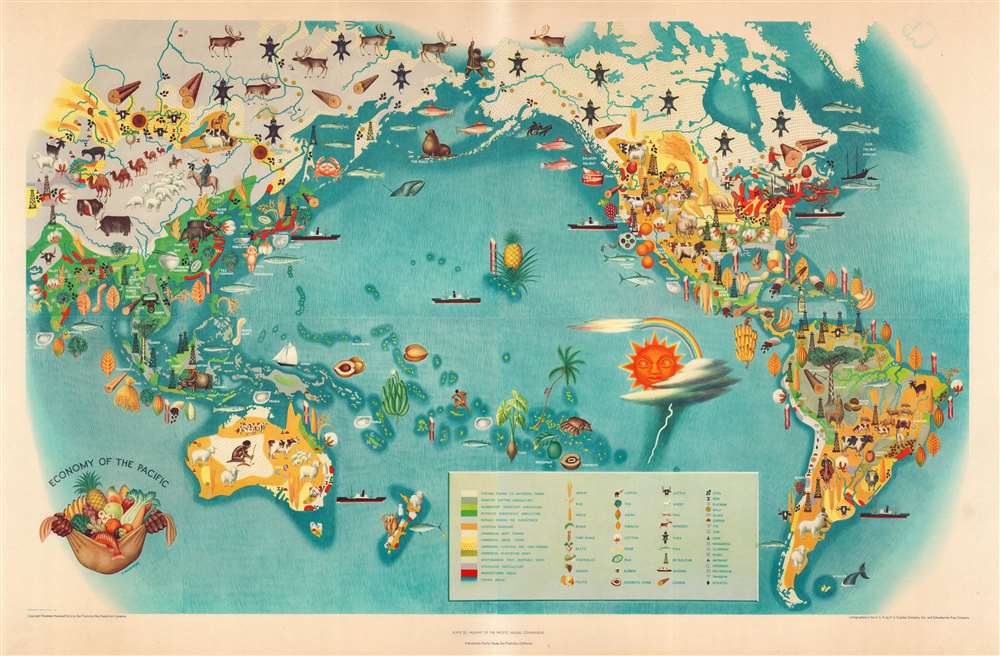 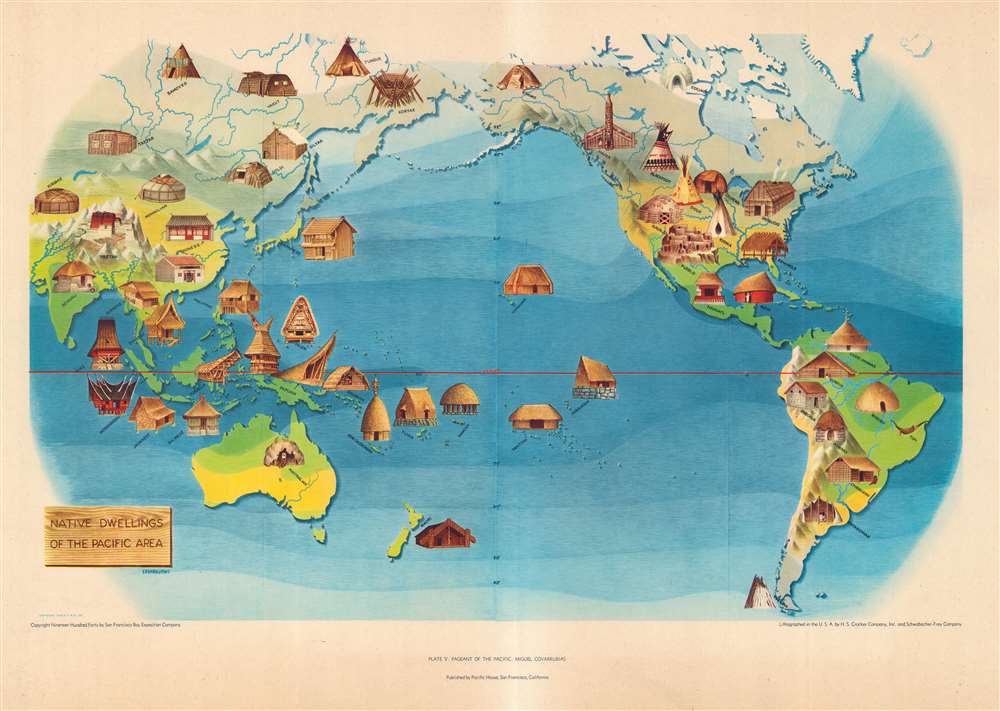 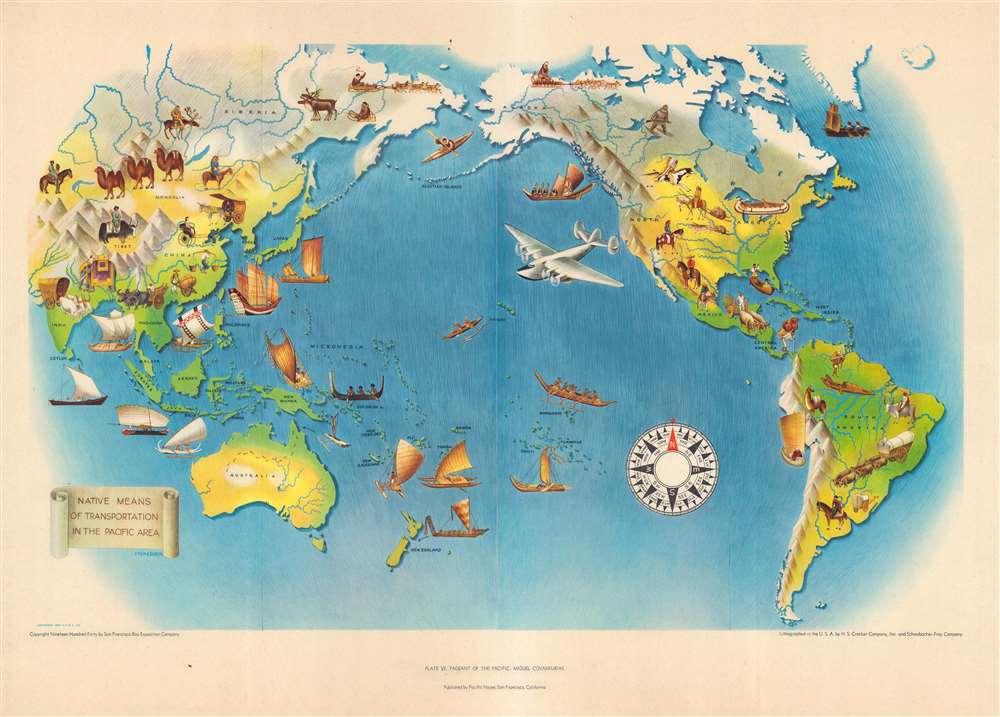 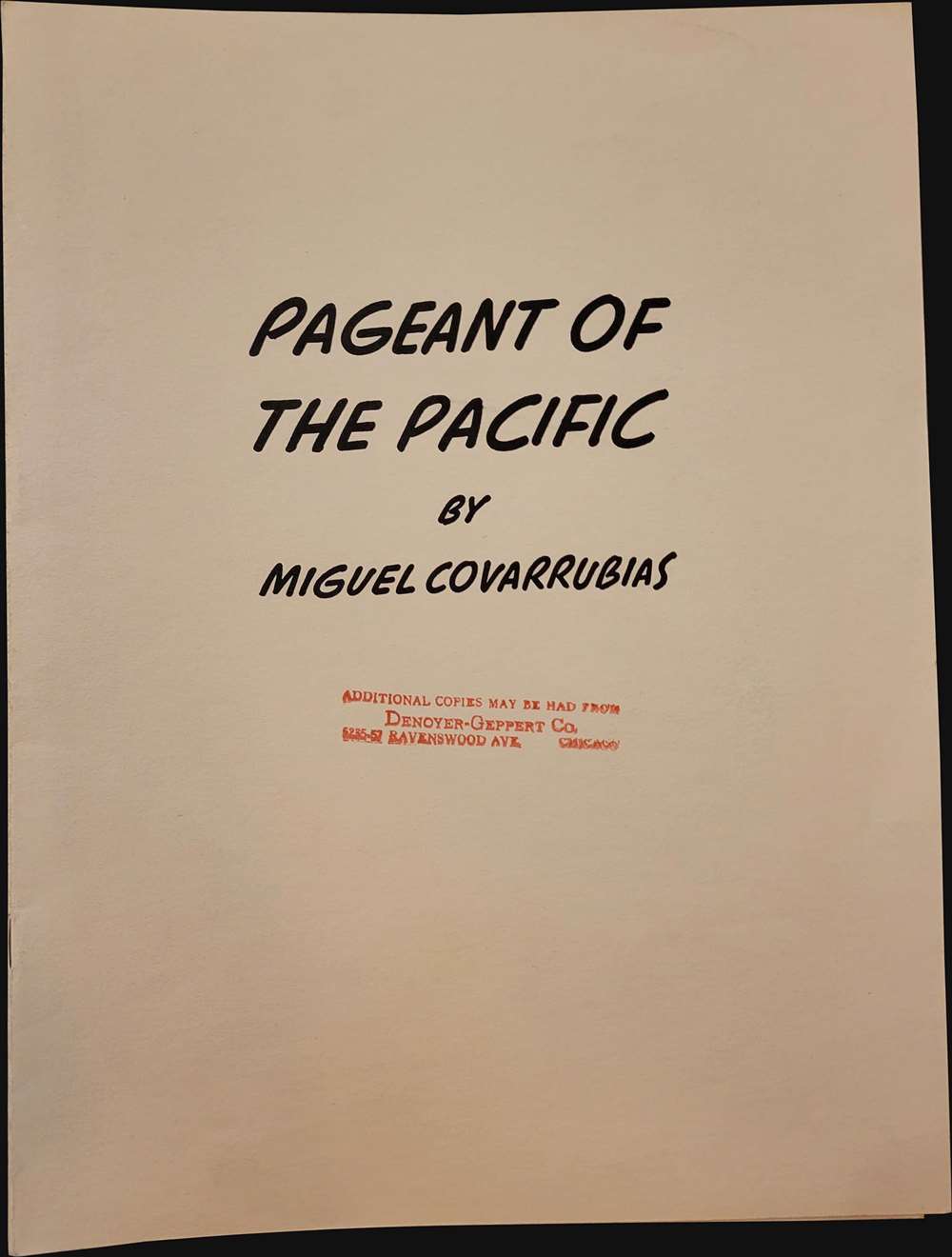 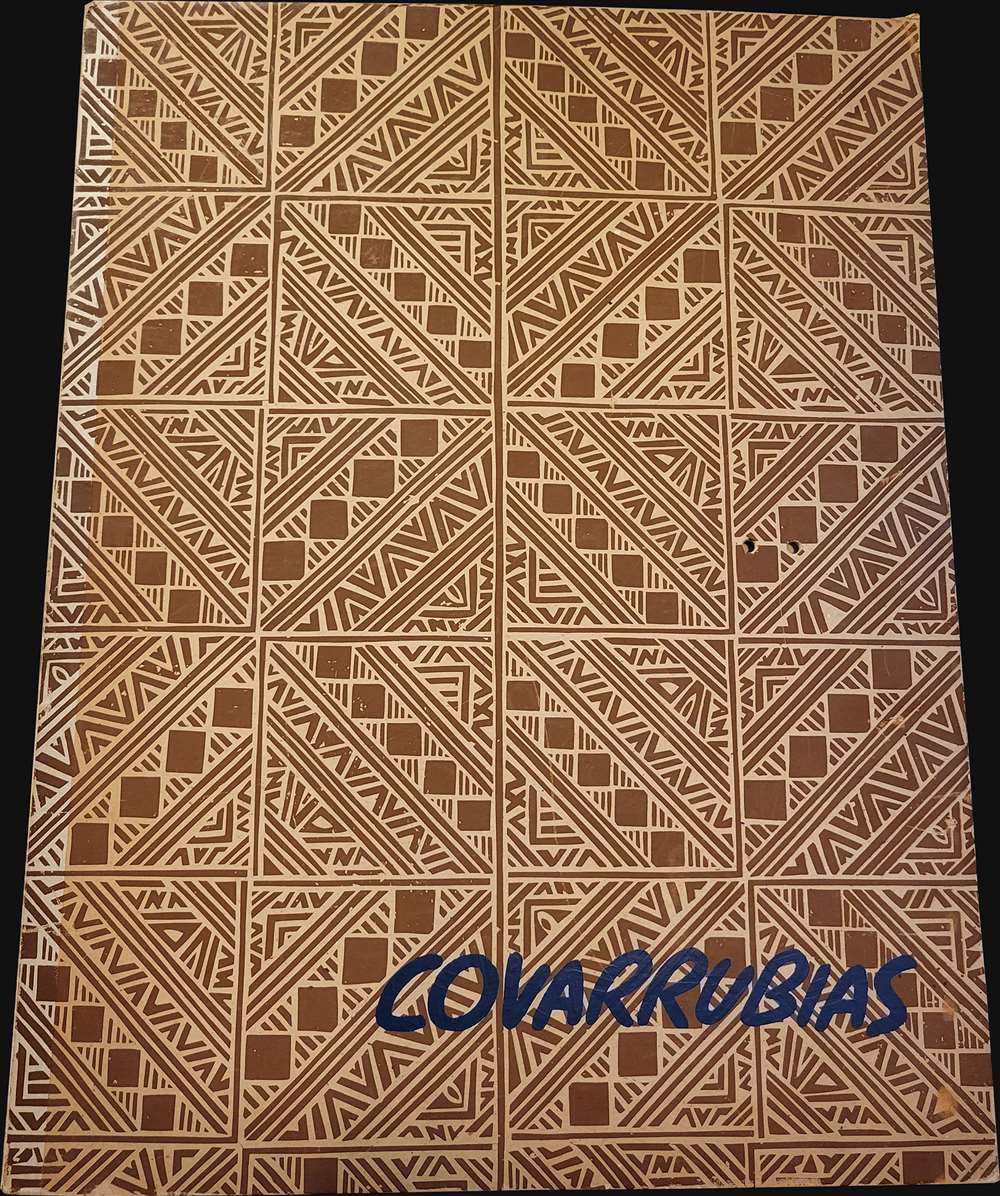 This is a complete set of the 1943 second edition of Miguel Covarrubias' pictorial maps of the Pacific created as a set of murals for Pacific House at the Golden Gate International Exposition (1939 - 1940).

Each map focuses on a different aspect of the history and culture of the Pacific.

The murals were on display in Pacific House, the thematic centerpiece of the Golden Gate International Exposition. Two of the murals measured 9 feet by 13 feet (four panels each- 'Native Dwellings' and 'Transportation'), while the four others measured 16 feet by 24 feet. After the exposition, they were loaned to the American Museum of Natural History in New York City, where they were exhibited until 1953, when they were put into storage. In 1959 the AMNH decided to return the murals to Pacific House and shipped them back to San Francisco. In transit, one, Art Forms of the Pacific, went missing. They were subsequently exhibited at the World Trade Center, Ferry Building in San Francisco from 1959 until 2001. When Ferry Building renovations commenced in 2001, they were returned to the Treasure Island Development Association (TIDA) and put in storage. In March 2004, the Mexican Government approached TIDA with a proposal for a loan of the five remaining murals. Necessary conservation and restoration work was paid for by the Mexican government who sponsored four major exhibitions between 2006 and 2008. After the murals returned to the United States, a handful of exhibitions took place, but all five murals were never again exhibited together.

The original murals were created by Miguel Covarrubias in 1939 for the Golden Gate International Exposition. The sets of the six mural prints were copyrighted by the San Francisco Bay Exposition Company in 1940 and published by Pacific House, San Francisco, California. A second edition was published in 1943, which is only identifiable if the print is accompanied by the Pageant of the Pacific booklet. - as here. These prints appear on the market occasionally, sometimes in full sets but more often as individual sheets. The full set is well represented in institutional collections.

Excellent. Set of six (6) maps. Light wear along original centerfold of each sheet. Plates V and VI are smaller than Plates I, II, III, and IV.