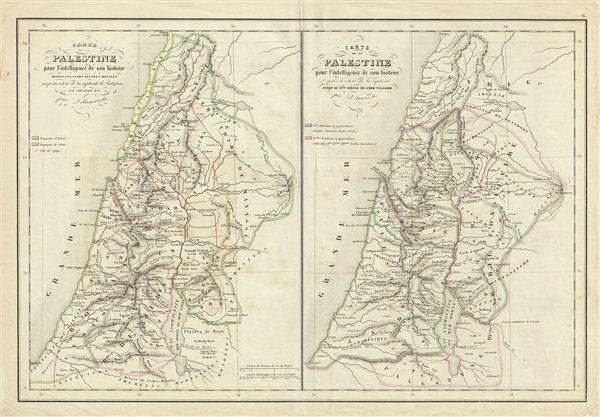 This is a beautiful example of Alexandre Delamarche's 1850 map of Israel, Palestine or Holy Land. Map is divided into two parts. The map on the left details Israel (Palestine) detailing the Babylonian exile while the map on the right details Israel (Palestine) after the Return. Both maps extend from Byblos (Lebanon) to the Dead Sea. Both ancient and contemporary place names are noted. Throughout, the map identifies various cities, towns, rivers, mountain passes and an assortment of additional topographical details. Political and regional borders are highlighted in outline color. This map was issued by Delamarche as plate no. 6 in his Atlas Delamarche Geographie Modern.