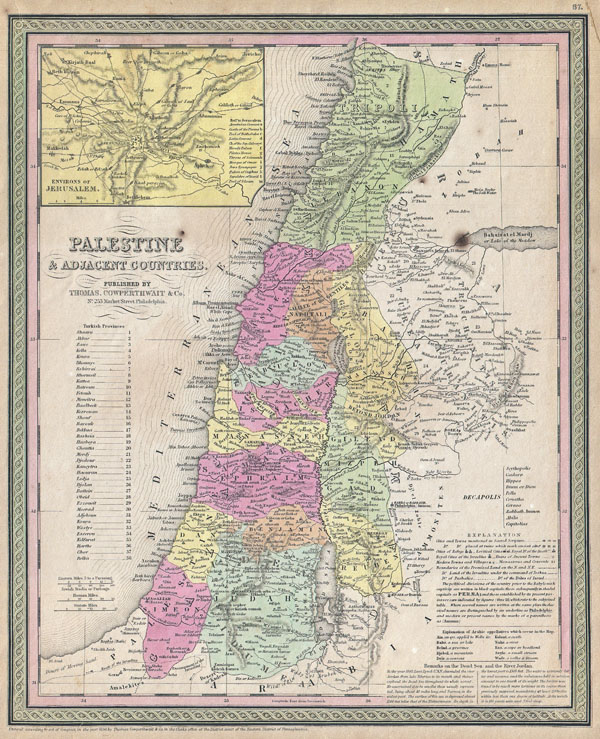 An extremely attractive example of S. A. Mitchell Sr.'s 1853 map of Palestine, Israel or the Holy Land. Depicts the entire region in considerable detail. When this map was made Palestine or Israel was under the control of the Ottoman Empire. Ottoman provinces are color coded and numbered. An inset map in the upper left quadrant shows the environs of Jerusalem. Text in the lower right hand quadrant offers remarks on the Dead Sea and the River Jordan. Surrounded by the green border common to Mitchell maps from the 1850s. Prepared by S. A. Mitchell for issued as plate no. 67 in the 1853 edition of his New Universal Atlas. Dated and copyrighted, 'Entered according to act of Congress, in the year 1850, by Thomas Cowperthwait & Co., in the Clerks office of the District court of the Eastern District of Pennsylvania.'