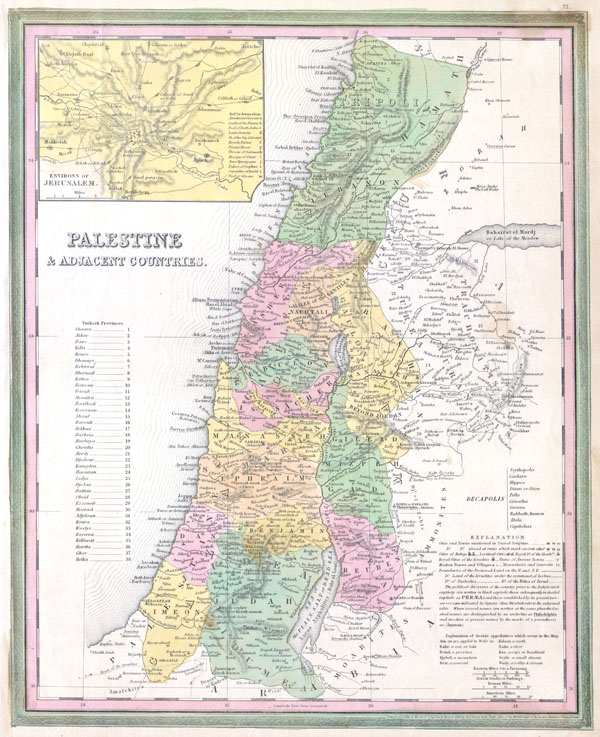 A fine and rare 1836 S. A. Mitchell map depicting Palestine, Israel or the Holy Land. Includes From Gaza North as far as modern day Lebanon. The regions claimed by the various tribes of Israel are noted. In the upper right there is an inset map of the Environs of Jerusalem. Specifically notes cities and towns mentioned in the Bible as well as marks Cities of Refuge, Levitical Cities, and Royal Cities of the Israelites. Ruins are also noted. Dated and copyrighted: 'Entered according to the Act o Congress in the year of 1836 by H. S. Tanner in the Clerk's office of the District Court of The Eastern District of Pennsylvania.'