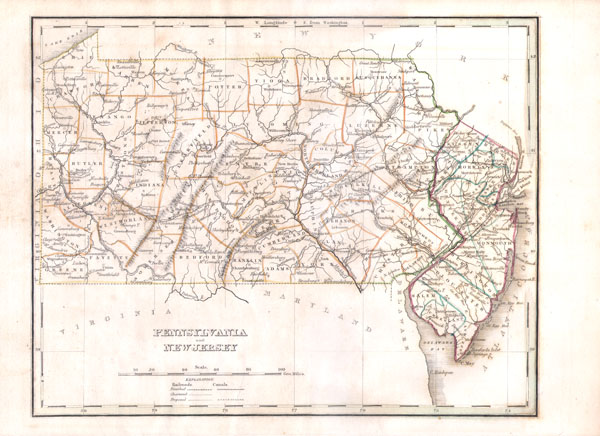 This rare map of Pennsylvania & New Jersey was printed in 1835 by the important American mapmaker Bradford. Originally published in Bradford's 1835 issued of the 'Atlas Designed to Illustrated teh Abridgement of Universal Geography, Modern & Ancient.

Good condition. Light foxing here and there - see photo.
Looking for a high-resolution scan of this?