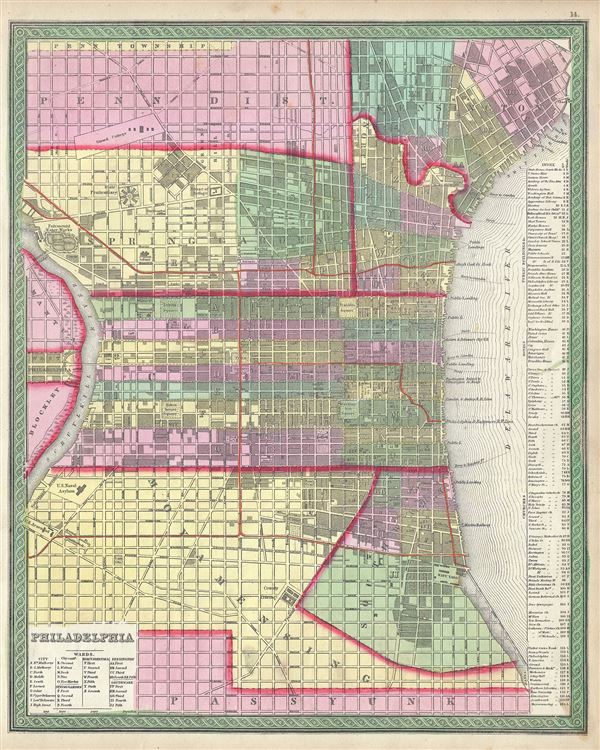 This is a beautiful example of S. A. Mitchell Jr.'s 1854 map of Philadelphia, Pennsylvania. Depicts the city of Philadelphia along with parts Camden. Offers wonderful detail at the street level including references to the individual buildings, trains, canals, city wards and roads. Colored coded with pastels according to city wards. Nice detail in the Delaware River notes ferry crossings, sand bars, currents, and the steamboat routes. The whole is engraved in Mitchell's distinctive style with green border work and vivid pastels. A table to the right of the map proper, in the midst of the Delaware River, assigns Public Buildings, Hotels, Churches, and Banks numerical codes.

One of the more attractive atlas maps of Philadelphia to appear in the mid-19th century. This map was prepared by S. A. Mitchell for publication by the Philadelphia firm of Thomas Cowperthwait and Co. as plate no. 14 in the 1854 edition of Mitchell's New General Atlas.