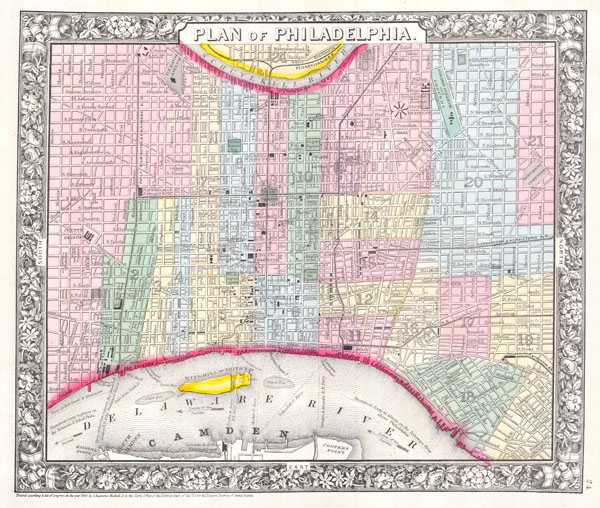 This hand colored item is a copper plate lithograph plan or map of Philadelphia dating to 1860. Produced by the important American cartographer S. A. Mitchell Jr. Depicts the whole of Philadelphia divided into 21 districts or wards. The remarkable detail on this map extends down to the street level and even includes important buildings, churches, and hotels. Also indicates ferries between Camden and Philadelphia and Steamboat routes on the Delaware River. Item is dated and copyrighted 1860.