1944 Shishodo Japanese Map of the Philippines 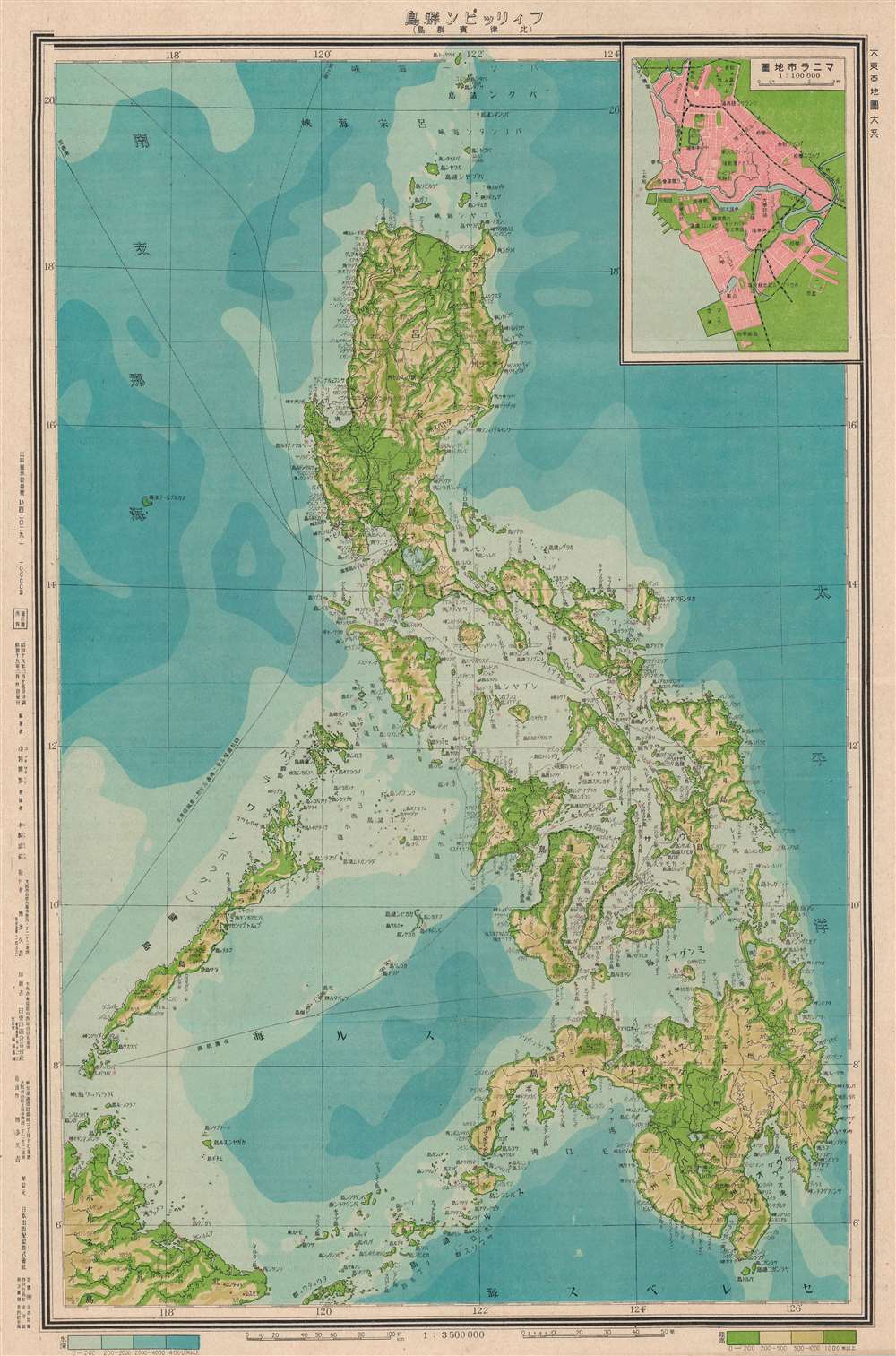 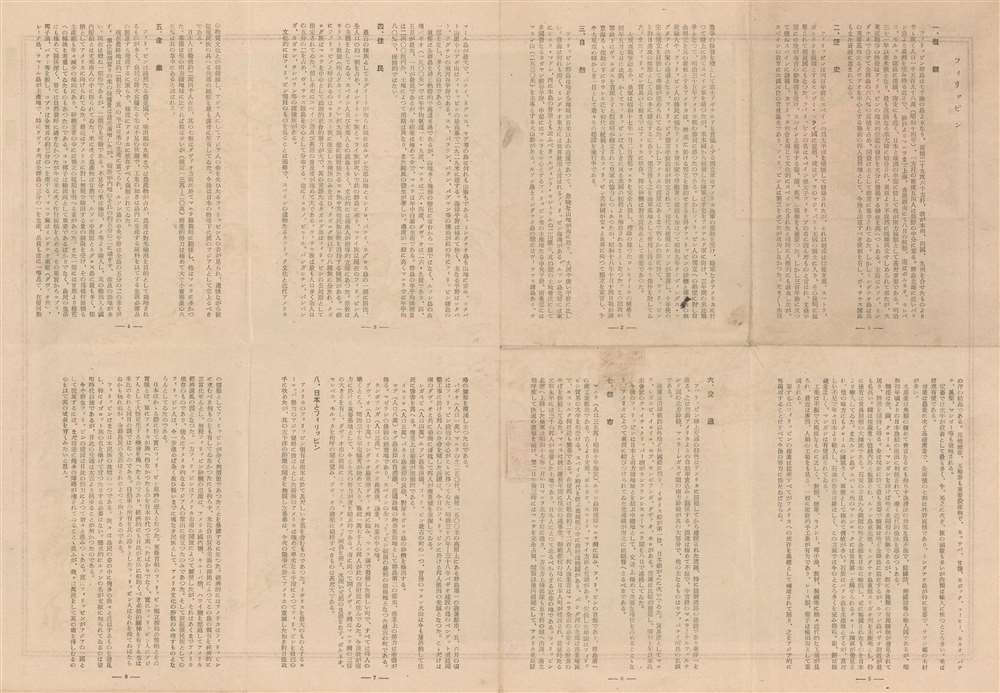 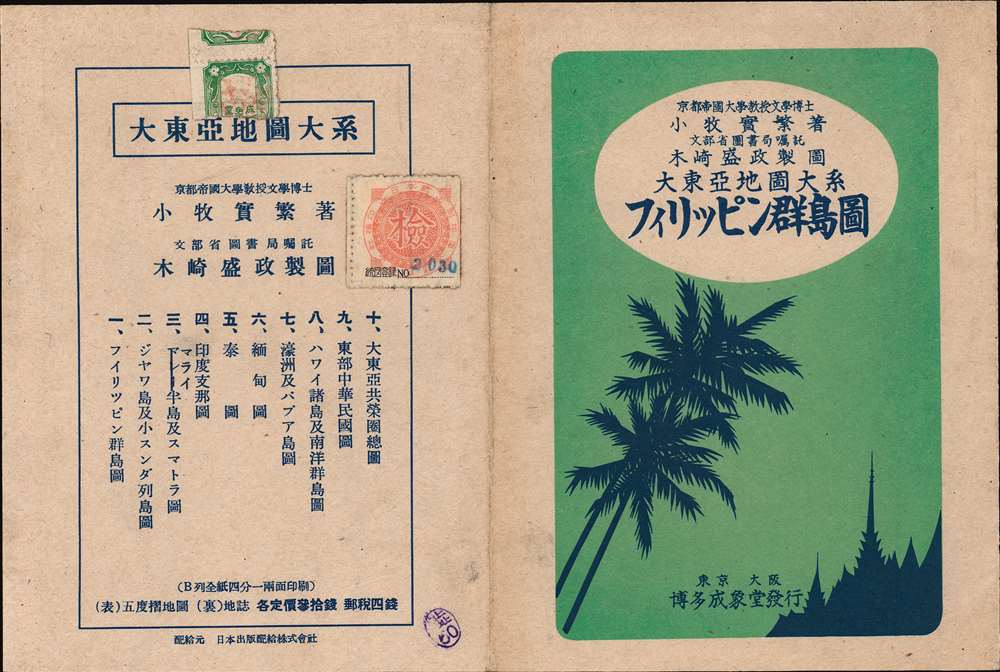 1944 Shishodo Japanese Map of the Philippines

The Japanese Strategy in it the Philippines

Launched on October 20 of 1944, the Philippine Campaign was a World War II joint American and Filipino military operation intended to liberate the Philippine Islands from occupying Imperial Japanese forces. The Japanese Army overran most of the Philippines during the first half of 1942, retaining it for the subsequent 2 years. American General Douglas MacArthur began the campaign by announcing on Philippine radio 'This is the Voice of Freedom, General MacArthur speaking. People of the Philippines: I have returned.' The campaign progressed rapidly, driving the Japanese out of one island after another. Although by this time the Japanese were clearly losing the war, they gave no sign of capitulation and refused to surrender. During the course of the campaign Japan suffered nearly half a million casualties compared to only about 50,000 Americans. The campaign continued until Japanese forces in the Philippines surrendered on August 15, 1945, after the dropping of atomic bombs on Hiroshima and Nagasaki.

This map was printed in Tokyo on March 14, 1944 (Showa 19). It was released on March 19 by the Japan Publishing Distribution Company (日本出版配給株式會社). The map is part of the Great East Asia Map Series (大東亞地圖大系). The cartography is by Hakata Seishodo. While the map superficially resembles maps form the 1943 Co-Prosperity map series, it is completely different map, with different geography, topography, publisher, and other elements.

Japan Publishing Distribution Co., Ltd. (日本出版配給株式會社; May 5, 1941 - March 28, 1949), was a nationalized joint-stock publishing company active during the World War II period in Japan. Established on May 5, 1941 (Showa 16). The government supported firm consolidated more than 200 independent publishers as a national propaganda network. The published under the guidance of the Ministry of Commerce and Industry and the Japan Publication Cultural Association. After the War, from 1946 (Showa 21), the company was returned to private management and renamed Nihon Shuppan Distribution Control Co., Ltd. The constituent firms dispersed shortly afterwards and by 1949 the Japan Publishing Distribution Co., Ltd. Some of the breakaway firms still publish. Learn More...

Very good. Wear on old fold lines. Original slipcase.
Looking for a high-resolution scan of this?