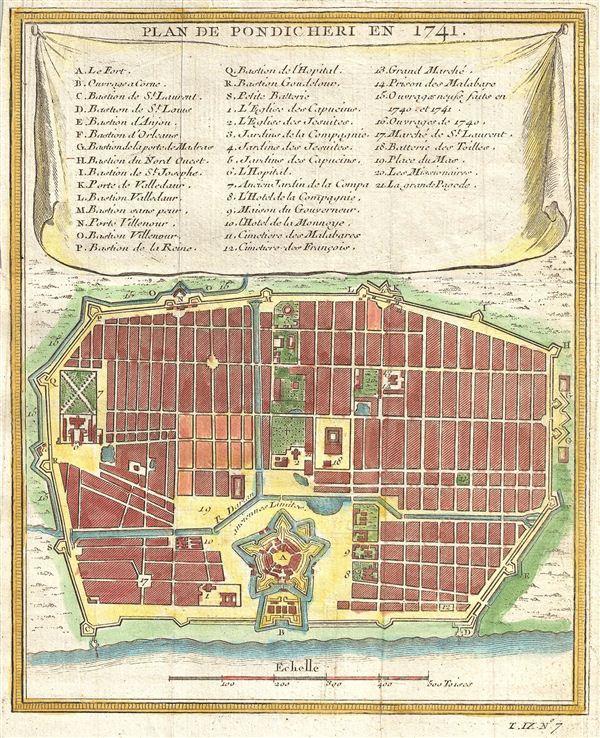 This beautifully hand colored map of Pondicherry (now 'Puducherry'), India was drawn by Nicholas Bellin and dates to the 1750s. The site of Pondicherry had been a trading post for at least 1600 years, as evidenced by 1st Century AD Roman goods unearthed during archaeological excavations in the 1940s. The town would pass from Dutch to French hands in 1699, and in the latter half of the 1700s pass between the warring French and British, coming firmly back under French rule only in 1814. The French influence can still be seen on signs and buildings and heard as accented Tamil to this day.

Drawn by Jacques Nicolas Bellin and published as plate no. 7 in volume 9 of the 1752 French edition of Abbe Provost's L'Histoire Generale des Voyages.