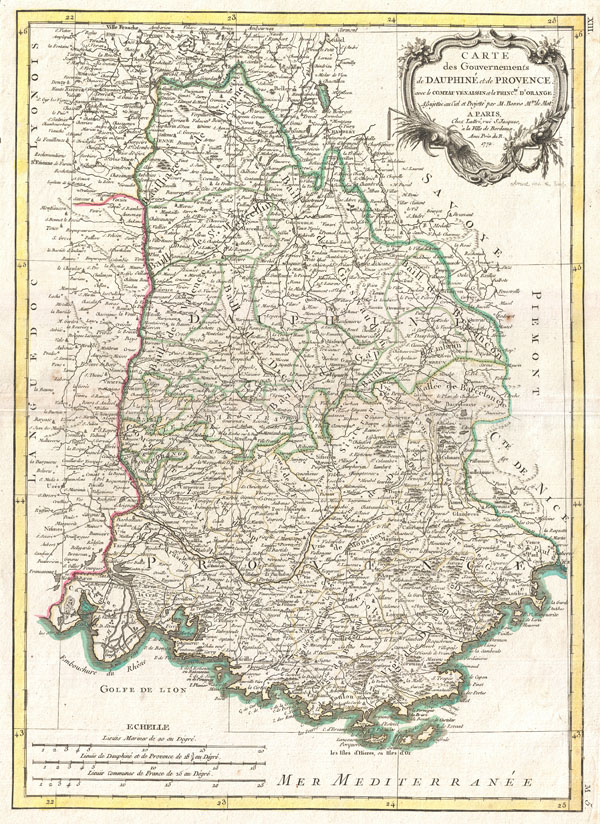 A beautiful example of Rigobert Bonne's decorative map of the French regions of Provence and Dauphine. Covers the region in full from Savoy to the Mediterranean and from Languedoc to Nice. This region, known as the playground of Europe's elite, is admired for its stunning natural beauty, distinctive culture, superb cuisine, delightful beaches, and fantastic wines. Identifies Nice, Cannes, St. Tropez, Toulon, and many other cities. A large decorative title cartouche appears in the upper right quadrant. Drawn by R. Bonne in 1771 for issue as plate no. M 5 in Jean Lattre's 1776 issue of the Atlas Moderne.