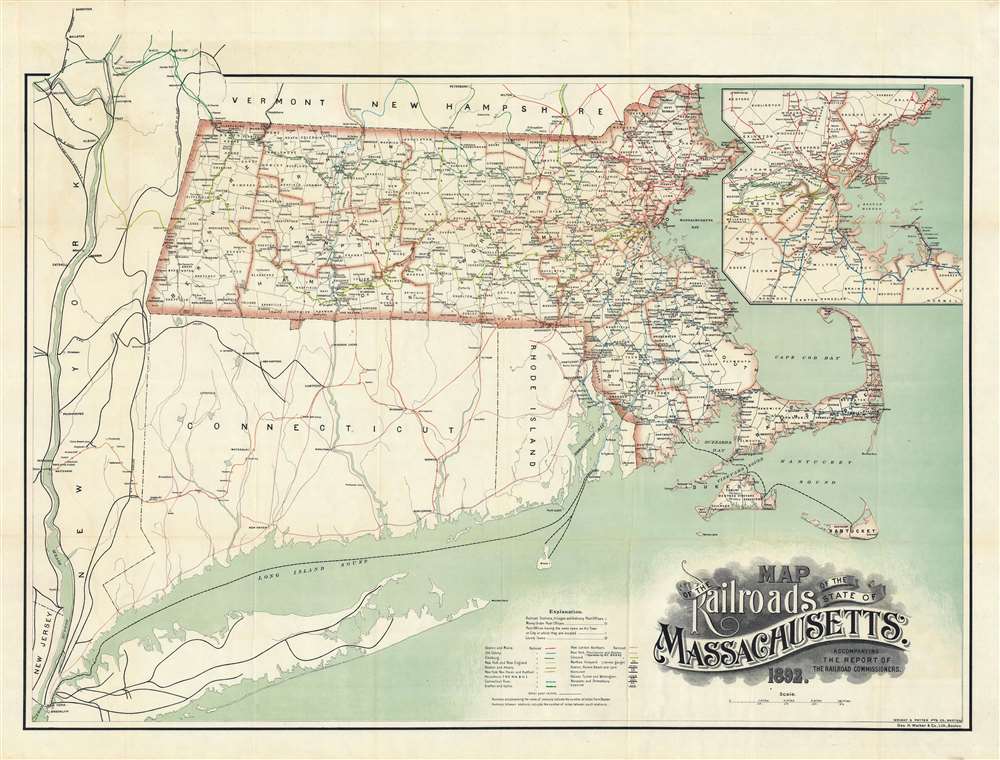 An uncommon and striking 1892 3-color chromolithograph map of Massachusetts illustrating railroad development throughout the state. The map covers the entire state, with 17 different railroad company routes defined using a combination of color and pattern coding. A large inset in the upper right details the dense greater Boston metropolitan area. The map offers additional coverage to the Hudson Valley and southwest to New York City, illustrating important commercial and passenger connections. The finely engraved title block, appearing in the lower right, stands out for its masterful execution.

This map was engraved by George Walker and printed by Wright and Potter, both of Boston, for issue in the 1892 Report of The Railroad Commissioners. The map is scarce despite being issued in various editions over several years. The earliest edition we have been able to find is 1891, and the latest 1909. The map is well represented institutionally in various states, but we have not found another 1892 example.