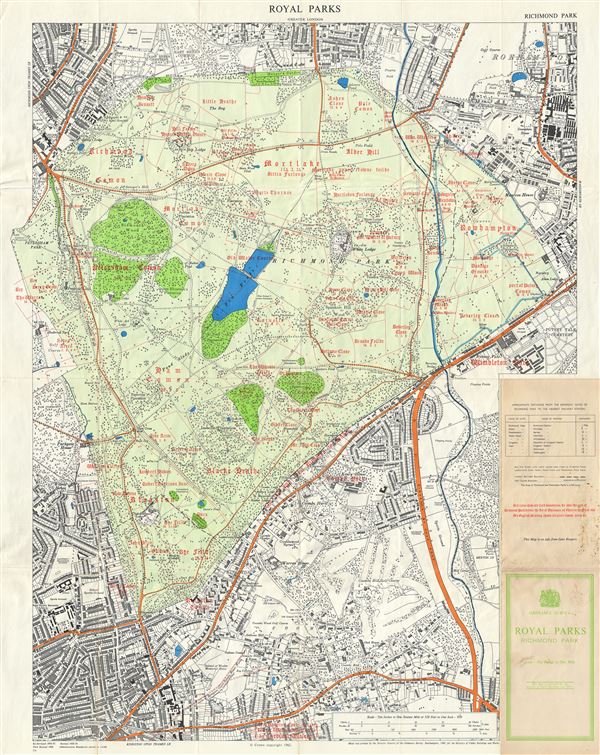 This is a beautiful example of the 1968 Ordnance Survey map of Richmond Park, one of the Royal Parks of London, England. It covers all of Richmond Park and its vicinity. The map is highly detailed with the parks beautifully rendered. Streets, important buildings, cemeteries, ponds and other topographical details are noted throughout. The Royal Parks of London, part of the hereditary possessions of the Crown, were originally owned by the monarchy of the United Kingdom and used for recreation and hunting by the royal family. Originally created as a deer park by Charles I, Richmond Park is today the largest of the Royal Parks of London. The red lines in this map indicate the old field boundaries over the area of Richmond before the 'Act of Enclosure of Charles the First in 1637,' and the old English red font shows old place names. This map was printed and published by the Director General of the Ordnance Survey, Southampton in 1968 for the Ministry of Public Buildings and Works.