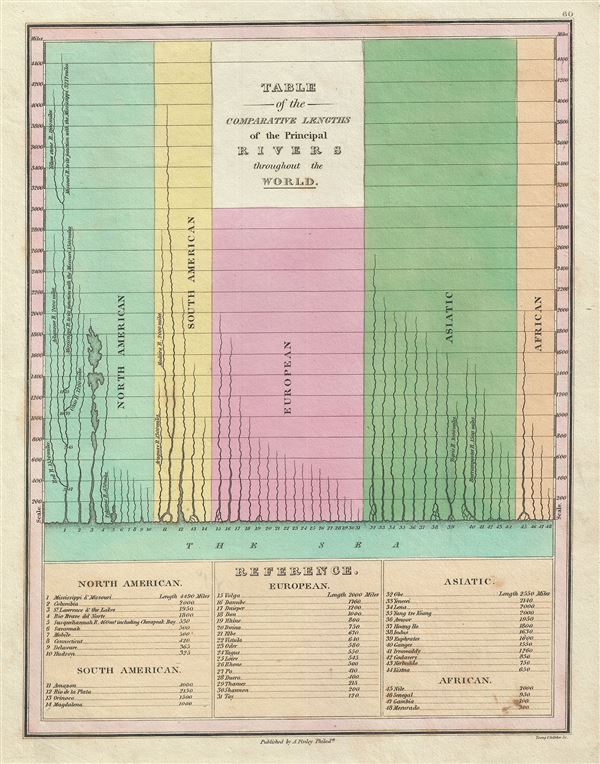 This is Finley's highly sought after c. 1827 map of the comparative lengths of the principal rivers of the world. Details the world's great rivers in relative to one another and divided by continent. Each river is numbered and refers to a reference list below the chart proper, which names each river and its length. There are a couple of curiosities. The Mississippi is considered, by far, to be the world's longest river. The length of the Nile is grossly underestimated - when this was made the source of the Nile had yet to be determined. The St. Lawrence River is drawn to include four of the five Great Lakes. Engraved by Young and Delleker for the 1827 edition of Anthony Finley's General Atlas.