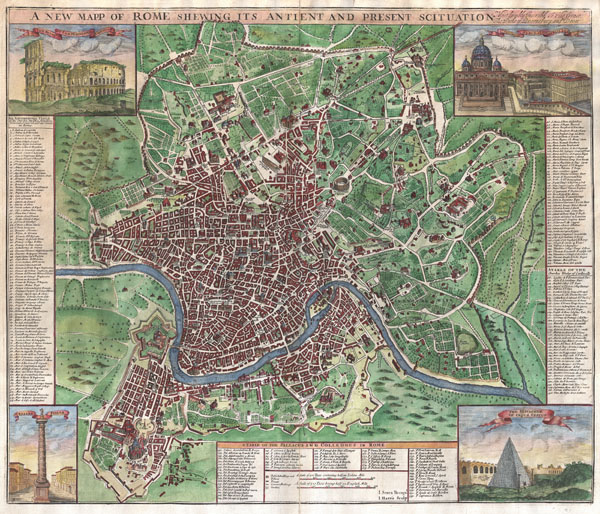 A radiant full color example of John Sennex's 1721 map of Rome. Covers the entire and part of the surrouding countryside. Identifies both modern and ancient monuments in profile. Some of these include the Coliseum, the Vatican, the Pantheon, and various other monument s, monasteries, and churches. Each corner is decorated with an engraved image of an important Roman monument, including: the 'Ruins of ye Amphitheater of Vespatian,' 'St. Peter's Church & ye Pope's Pallace,' 'Trajan's Pillar,' and the pyramidal 'Sepulcher of Caijus Cestus.' Engraved for John Sennex by John Harris and Samual Parker.

Very good condition. Original centerfold. Mild buckling to paper.
Looking for a high-resolution scan of this?