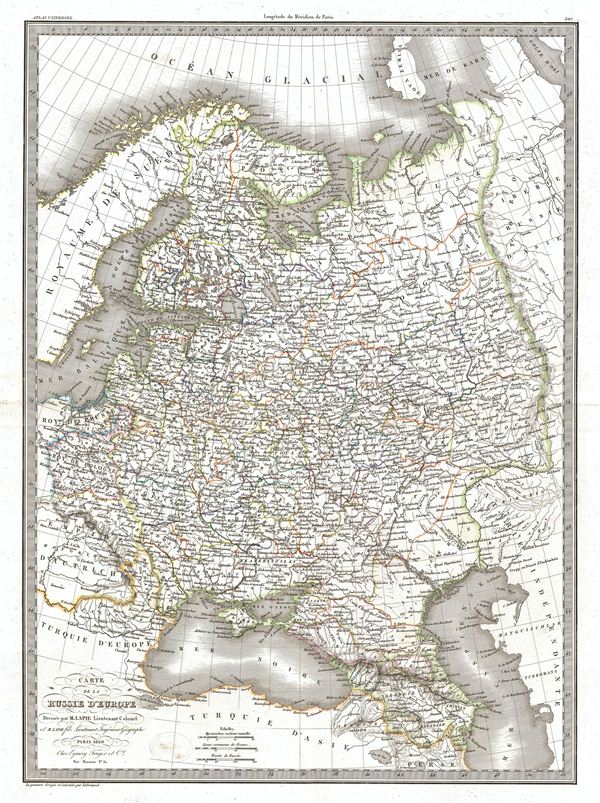 A fine first edition example of M. Lapie's 1830 map of european Russia. The map covers Russia from the Arctic Ocean to Turkey and from the Kingdom of Sweden to Independent Tartary and Russia in Asia. In 1825, shortly before this map was drawn, Russian army officers, called the Decembrists, protested against Nicholas I's ascension to the throne. The Decembrists, so named because their revolt started in December, favored Nicholas I'st brother, Constantine, who seemed amenable to a British style constitutional monarchy. When Constantine abdicated the throne in 1825, the Decembrists refused to accept the more autocratic rule of Nicholas I. Had Constantine not abdicated and the Decembrists been successful, the bloody Bolshevik Revolution may never have occurred.

This map was engraved by Armand Joseph Lallemand as plate no. 30 in the first edition of M. Lapie's important Atlas Universel. This map, like all maps from the Atlas Universel features an embossed stamp from the Lapie firm.