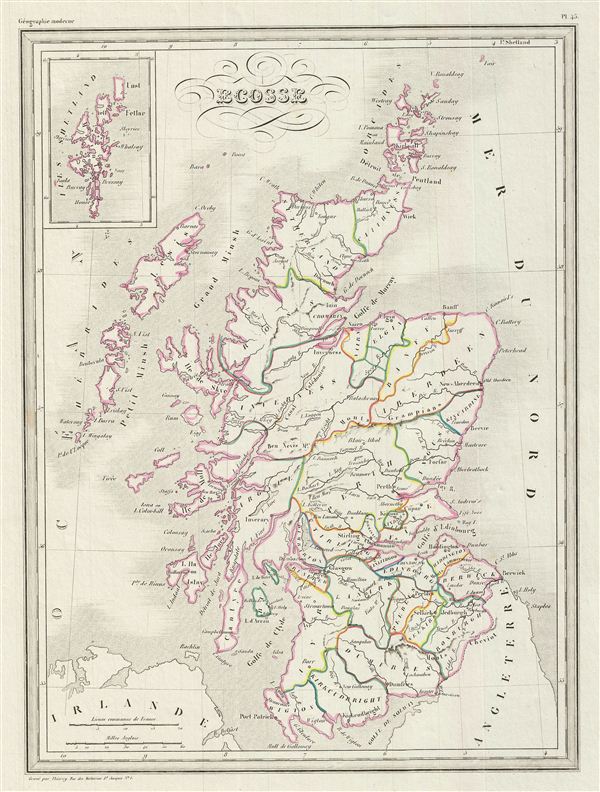 This is a fine example of Conrad Malte-Brun's 1843 map of Scotland. It covers Scotland from the Orkney Islands to Wigton in the South inclusive of the Hebrides. An inset on the top left quadrant details the Shetland Islands. In 1843, against the backdrop of the Industrial Revolution, during which Scotland flourished, the Church of Scotland witnessed a division in which many of its ministers, following a decade long conflict, broke away to form the Free Church of Scotland. Various cities, towns, rivers, islands and other topographical details are marked, with relief shown by hachure. Boundaries are color coded according to regions and territories. This map was issued as plate no. 43 in Conrad Malte-Brun's 1843 Precis de la Geographie Universelle.