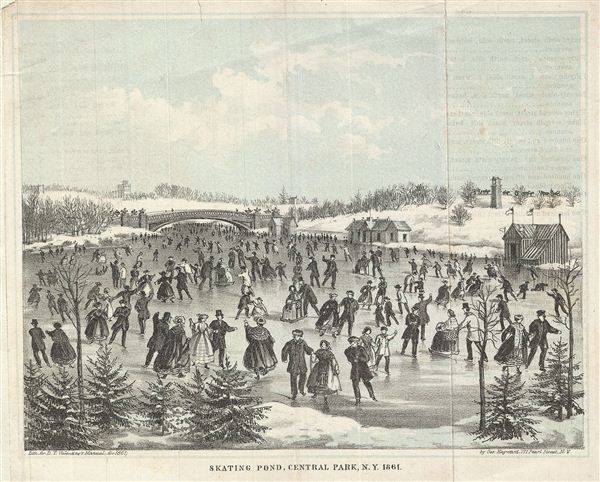 This is a beautiful 1861 view of the Skating Pond in New York's Central Park. The aquatint view features beautifully dressed Victorians ice-skating with Central Park's Bow Bridge in the background. This view was engraved by George Hayward and issued in the 1861 edition of D. T. Valentine's Manual.