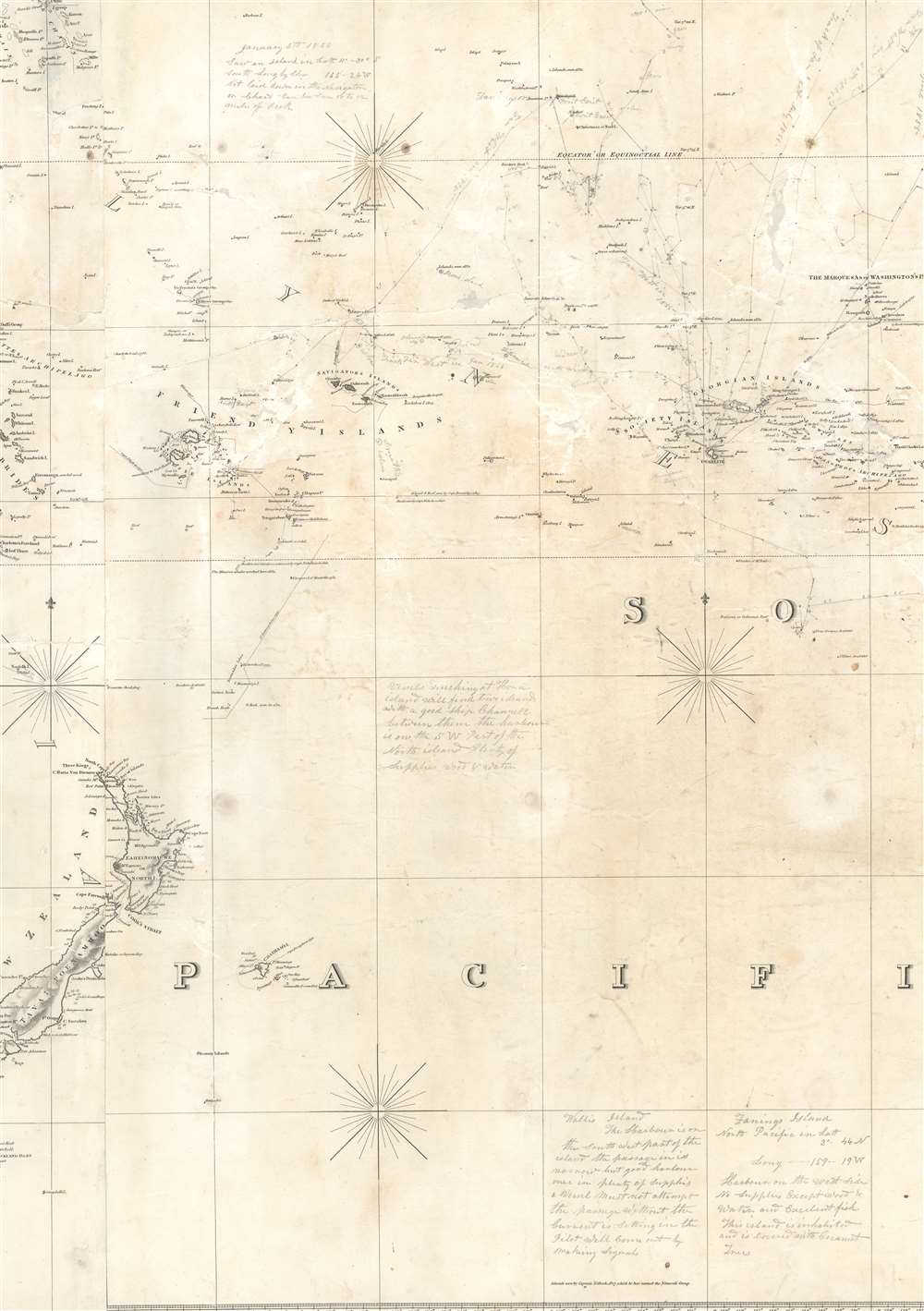 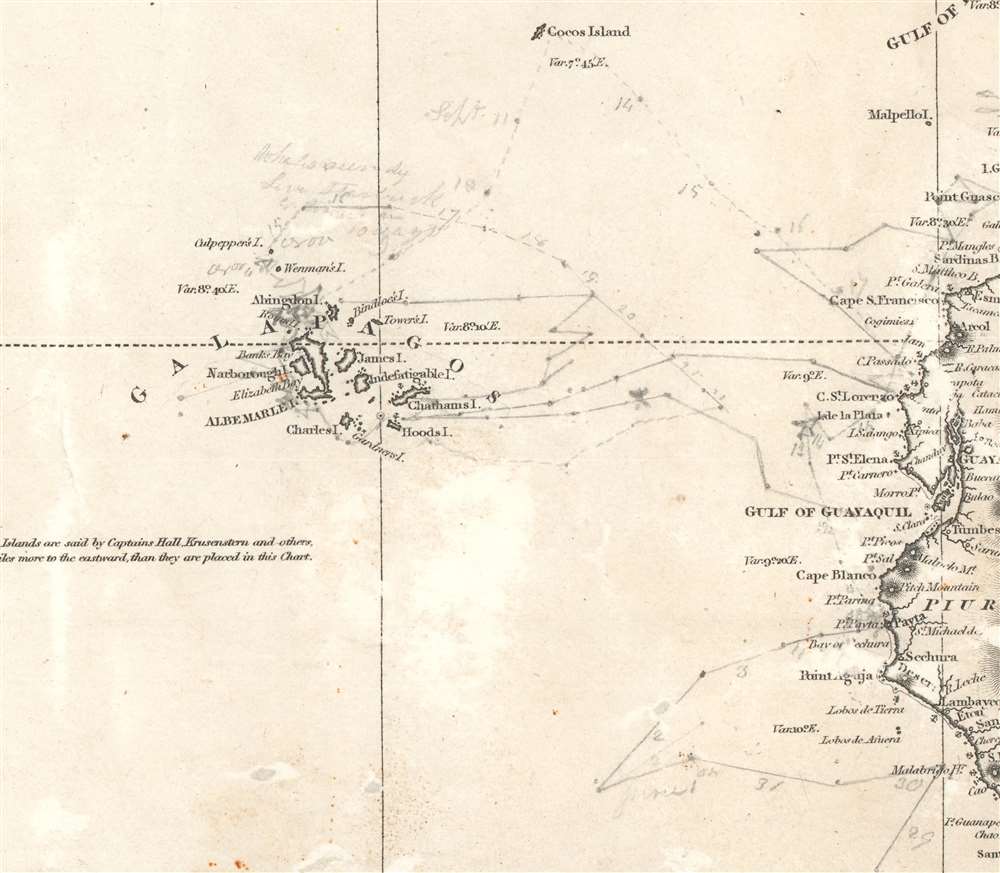 A rare 1825 James Norie blueback nautical chart or maritime map of the South Pacific with notations from a whaling voyage undertaken between 1855 and 1856. The chart, a composite of three charts joined by the original owner, covers from Borneo and Australia to South America and The Falkland Islands.

The pencil manuscript annotations throughout are extensive, and include the sighting of whales, descriptions of islands, and notes regarding storms and errors on the chart - providing a unique insight into the interests and experience of the 19th century whaler. The notes are most extensive around the Galapagos Islands, the Society Islands, and the Friendly Islands, all premium whaling grounds. Whale sightings are specifically noted around Galapagos. There is a great deal of attention given to what the navigator calls 'Horn Islands', today's Wallis and Futuna, located between Fiji and Samoa, which are the subject of two of the longer annotations.

Blueback nautical charts began appearing in London in the late 18th century. Bluebacks, as they came to be called, were privately published large format nautical charts known for their distinctive blue paper backing. The backing, a commonly available blue manila paper traditionally used by publishers to wrap unbound pamphlets, was adopted as a practical way to reinforce the low-quality paper used by private chart publishers in an effort to cut costs. The earliest known blueback charts include a 1760 chart issued by Mount and Page, and a 1787 chart issued by Robert Sayer. The tradition took off in the early 19th century, when British publishers like John Hamilton Moore, Robert Blachford, James Imray, William Heather, John William Norie, Charles Wilson, David Steel, R. H. Laurie, and John Hobbs, among others, rose to dominate the chart trade. Bluebacks became so popular that the convention was embraced by chartmakers outside of England, including Americans Edmund March Blunt and George Eldridge, as well as Scandinavian, French, German, Russian, and Spanish chartmakers. Blueback charts remained popular until the late 19th century, when government subsidized organizations like the British Admiralty Hydrographic Office and the United States Coast Survey, began issuing their own superior charts on high quality paper that did not require reinforcement.

This chart was published by John William Norie as three separate charts in 1825. Such charts were designed to be joined and compiled as needed to create larger charts - as here. Rare in this state, unique with the annotations.

Good. Laid down on fresh blue paper backing. Some toning and surface abrasion. Pencil annotations related to navigation.
Looking for a high-resolution scan of this?