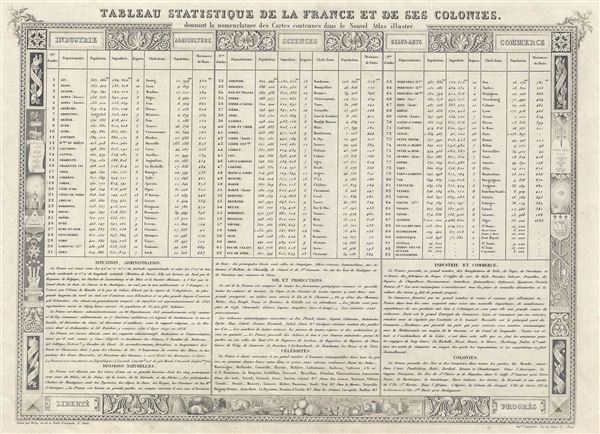 This is an 1852 statistical table of France by V. Levasseur. It lists the various departments of France and their corresponding statistics including population, distances, area, distance from Paris, etc. Brief notes on government, physical geography, soil, agricultural products, commerce, industry and colonies is included in the bottom section. Published by V. Levasseur in the 1852 edition of his Atlas National de la France Illustree.