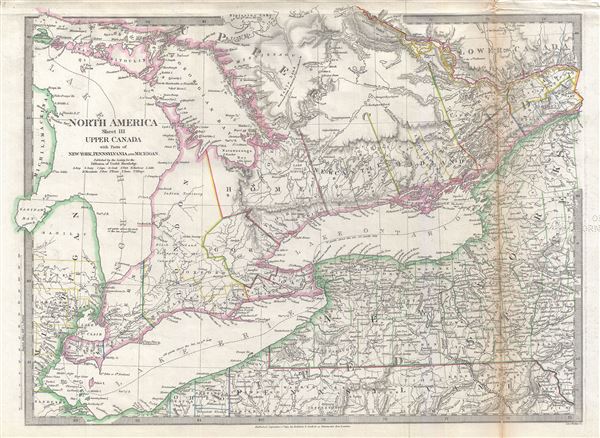 This is an attractive 1832 map of Upper Canada or Ontario issued by the Society for the Diffusion of Useful Knowledge, or S.D.U.K. Centered on Lake Ontario, the map covers from Drummond Island in the United States to Vaudreuil. Three of the Five Great Lakes, Lake Huron, Lake Ontario and Lake Erie are included. Parts of New York, Pennsylvania and Michigan in the United States are also included.

Good. Bears University of California Library Stamp, from which it was deaccessioned, in margin. Blank on verso. Some wear and damage as well as toning along original fold line, with verso repair.